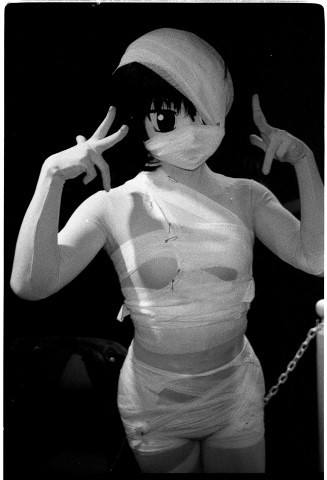 Pawel Jaszczuk worked 3 years on his series »Kinky City« in Tokyo, using an extremely light sensitive film with his Leica. We encounter a round of tradition and pop, pain and desire, sex and taboo, intimacy and anonymity. Moments of dizzy rush, captured in close ups, alternate with scenes depicted from a rather distant perspective of a curios beholder. Frenzy takes turns with the prosaic. The night presents itself as the heady opposite of the daily grind, though at the same time the practiced fantasies – however kinky they are – are marked by a set of recurring roles, motives and traditions.