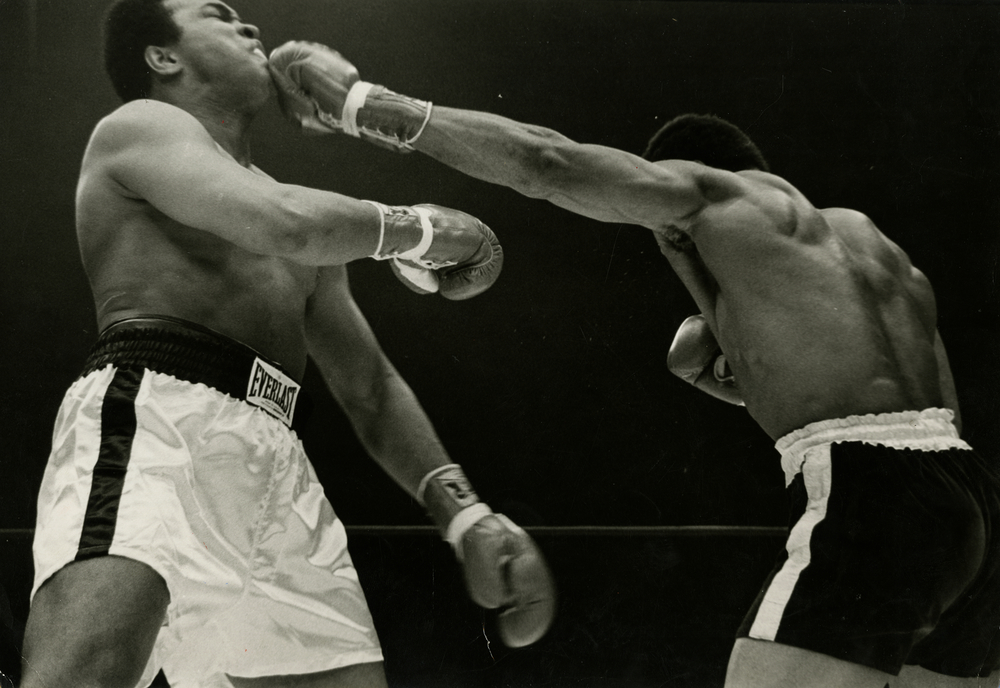 The image shows the legendary fight between Ali and Norton on March 31, 1973 in San Diego. The fight was aired live on TV and started a years-long rivalry. Ali was outmaneuvered by Norton’s unorthodox fighting style, which involved jabbing from below and crossing his hands for defence.

As the final bell rang, Norton won on a split decision, igniting a controversy in the boxing world. Soon after the fight, Ali was treated in hospital for a broken jaw, an injury sustained in the first round of the fight.