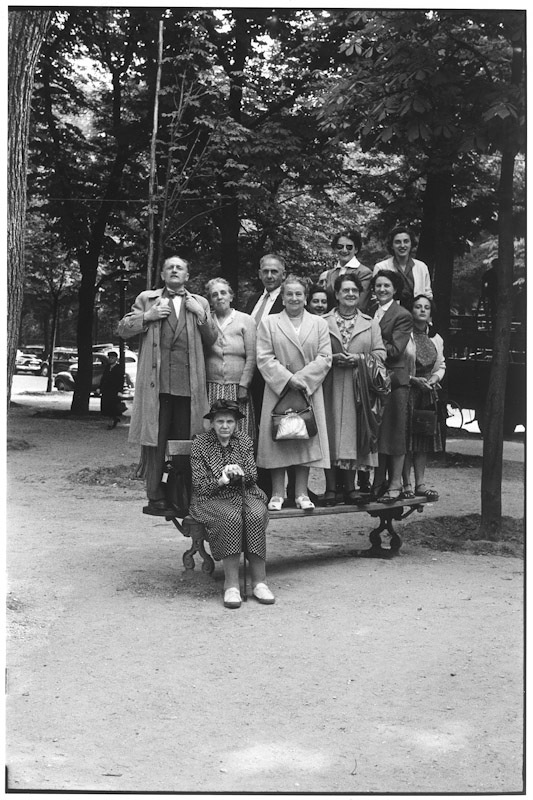 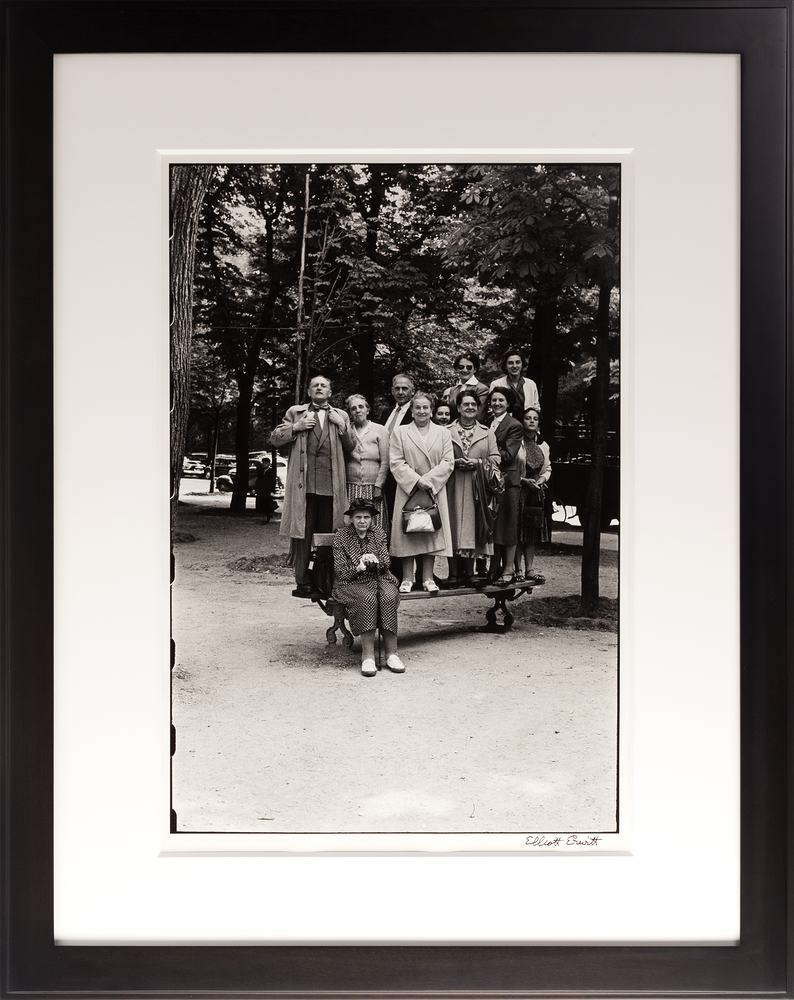 A group of eleven people of different ages, standing closely packed on a park bench and pose all dressed up for the national holiday of "Bastille Day" proudly for this shot. Only one elderly lady in the foreground, sitting on the bench, looks unimpressed towards the camera.
The print was made in 2012 on the occasion of Erwitt's personale »Paris Sera Toujours Paris« at the Chanel Nexus Hall in Tokyo. The show, whose title quotes a chanson by Maurice Chevalier, drew an essence of Erwitt's best shots from the Seine metropolis.
It was here that he had been born to Russian-Jewish parents. At the age of 11, Erwitt had to immigrate to the USA, where he began taking photographs and became a full member of Magnum in 1953. Among the distinguished representatives of humanistic photojournalism, he stands out especially for his humour.