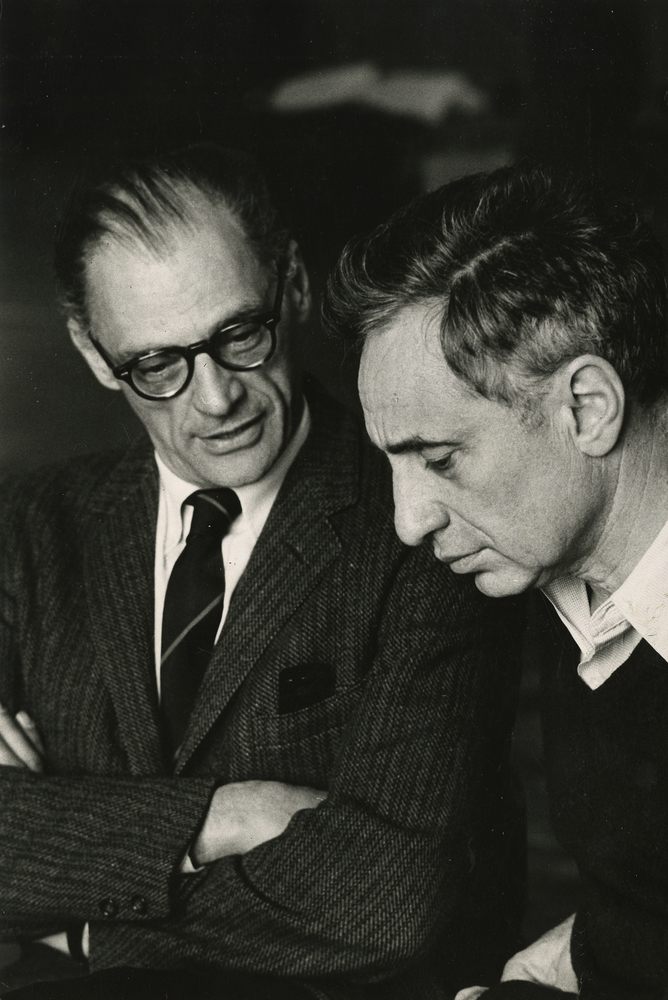 Arthur Miller and Elia Kazan at rehearsals for »After the Fall«, USA, 1964

For a long time, Elia Kazan and Arthur Miller were very good friends.  They worked together on plays and films, as the former directed the latter’s play Death of a Salesman, which eventually became one of the best American plays of all time.  Here we see them working on Arthur Miller's »After the Fall«, an explosive play based on Miller's personal life with an emphasis on his marriage to Marilyn Monroe