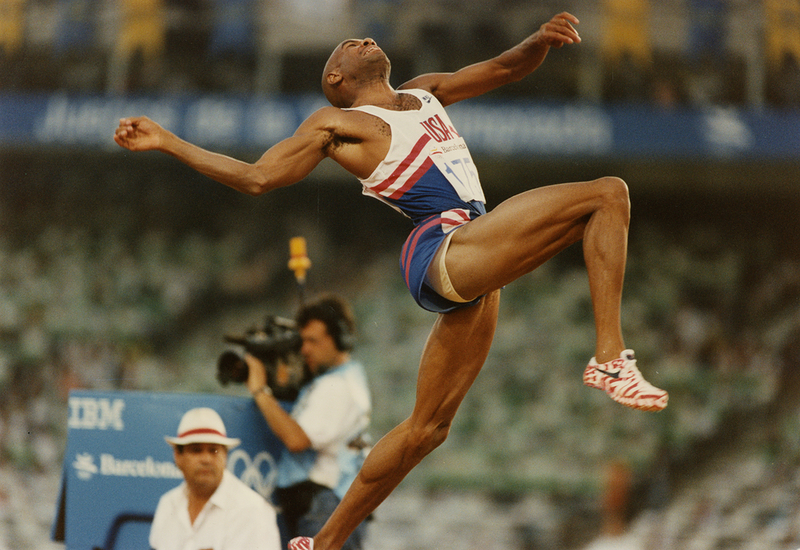 The American athlete at the 1992 Summer Olympics in Barcelona, ​​where he won gold in the long jump. Lewis is one of the most successful athletes in sports history. He set several world records and dominated the field from 1983 to 1996 with nine Olympic and eight world titles in sprint and long jump. In 1999 he was honored by the IAAF as »World Athlete of the Century« .