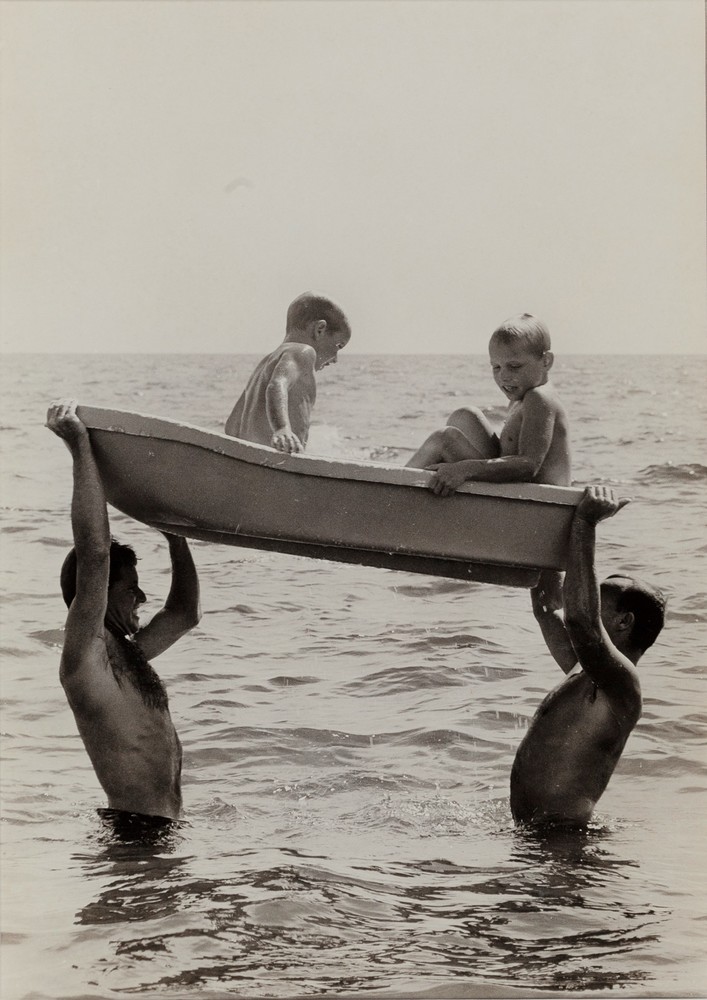 Robert Kennedy playing with kids in the sea, USA, ca. 1958

Lowe was a 26-year-old freelance photojournalist with a studio in New York City when he was assigned to portray Robert Kennedy for a newspaper. They got along very well and a close friendship developed. He got to know the whole Kennedy clan and John F. Kennedy, who in the summer of 1958 was a young senator planning to run for president, hired Lowe as his full-time campaign photographer. From then on Lowe accompanied the whole Kennedy clan at private and official events and captured the private and happy moments, far away from scandals and tragedies.