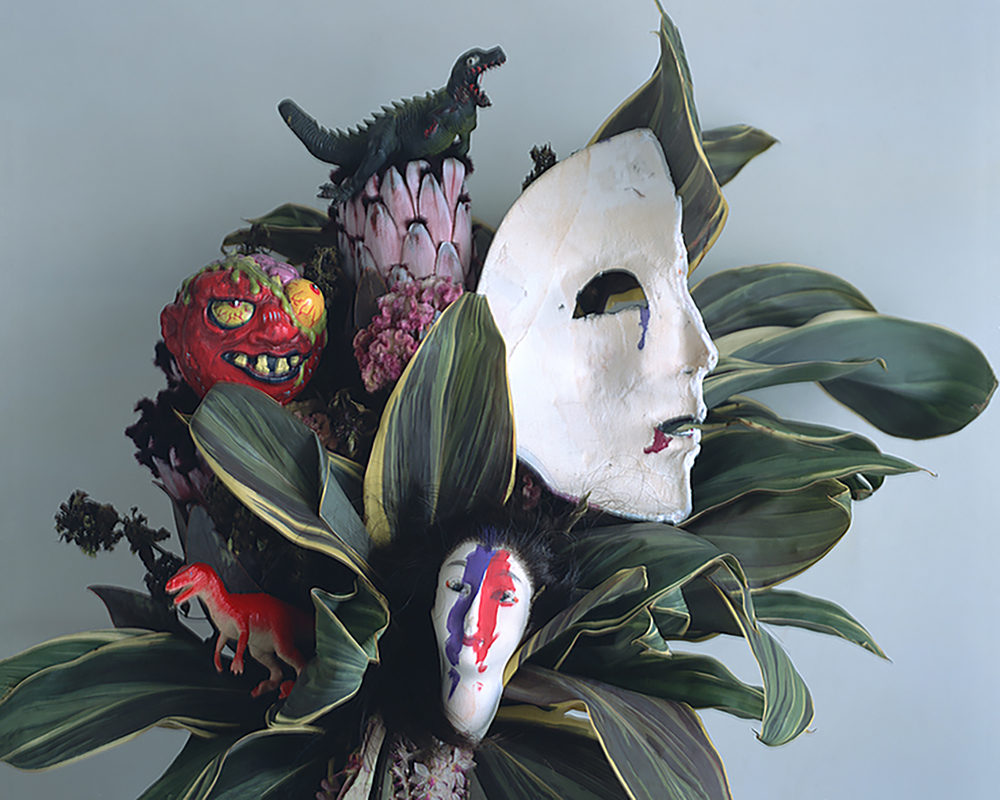 Untitled, Japan, 2020
From the series »Paradise«

»Paradise« is the name Araki has given to a cycle of works he has been working on since 2015 and from which this work originates. The series title triggers various associations that can be utilised in the context of a late work: paradise as an origin, as a place of longing and as an otherworldly refuge.

The work looks back on Araki's oeuvre in sometimes grotesque exaggeration and picks up motifs from past creative periods. Bric-a-brac figures in kinbaku lacing besiege the flower bouquets; the cat heads impaled on the carapace of a lizard's back recall Araki's beloved cat Chiro, who died in 2010, in a nightmarish scene; Eros, the driving force in Araki's cosmos, appears in the form of a pair of copulating pigs watched by an apparently aroused moon.

For all its cartoon-like crudeness, the melancholic underlying tone of the series is surprising. It is mainly owed to the materiality of the prints produced on traditional Japanese paper. They replace the potent high gloss of earlier colour prints with a restrained palette and a fragile surface.