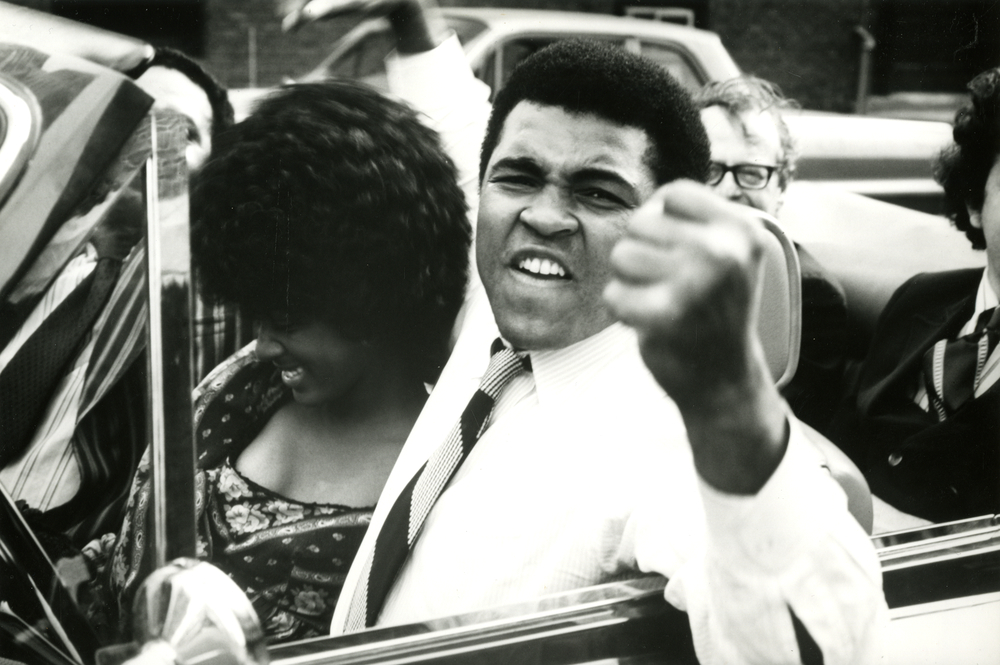 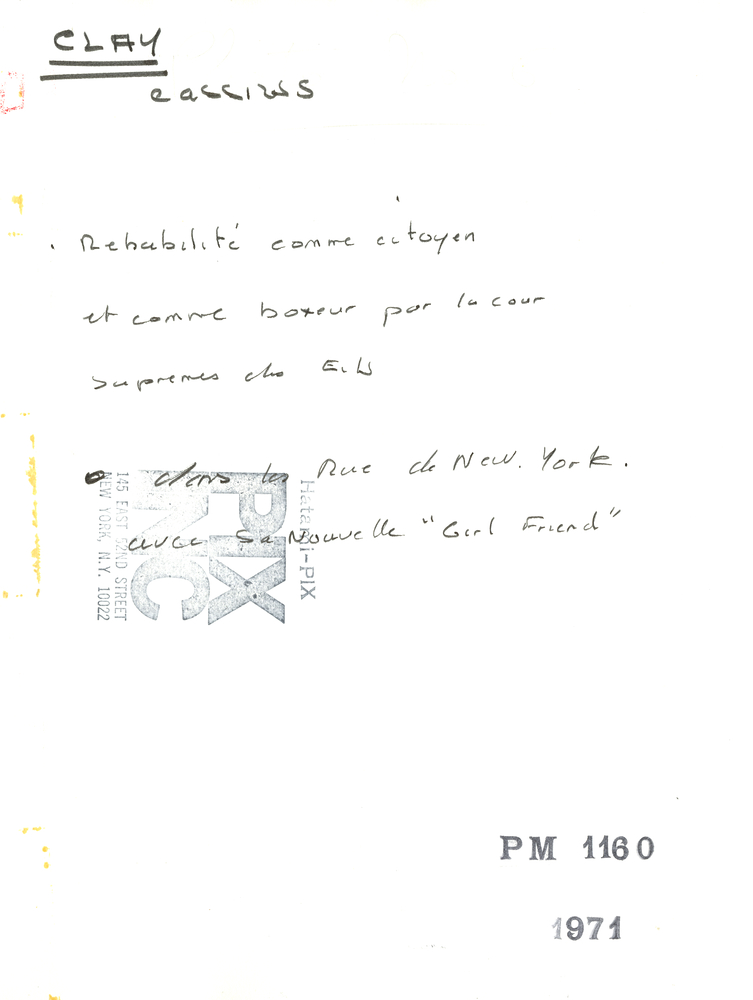 After his rehabilitation as a citizen and as a boxer by the Supreme Court of the United States, with his new girl friend. In 1967 Ali was convicted of conscientious objection and his title, boxing license and passport were revoked. As crucial for his decision he called his faith and the missing equality of the African Americans (»No I’m not going 10,000 miles from home to help murder and burn another poor nation simply to continue the domination of white slave masters of the darker people the world over«). His rehabilitation took place after recognition of his reasons of conscience.