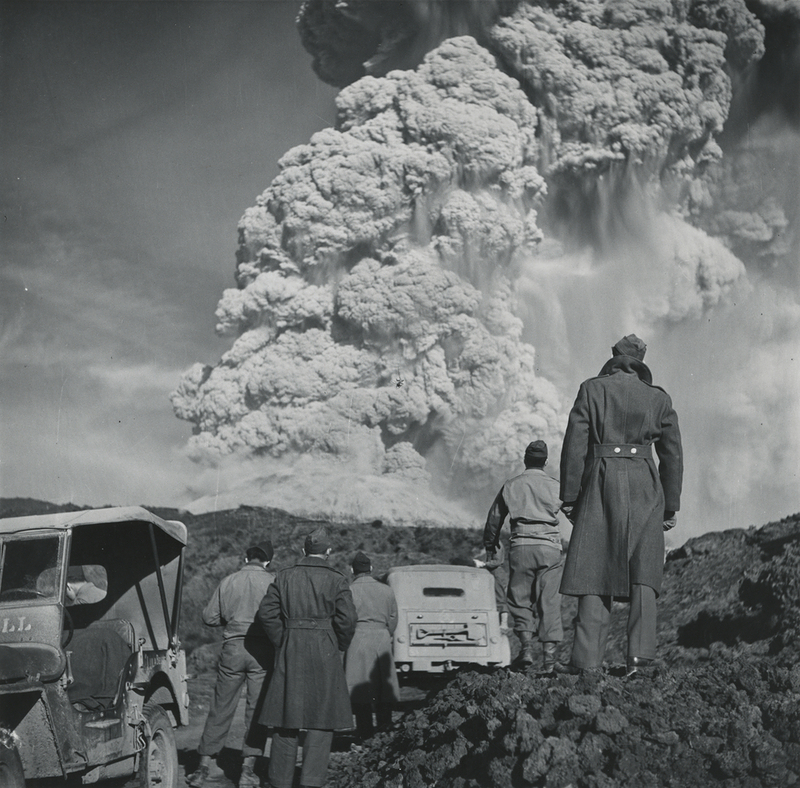 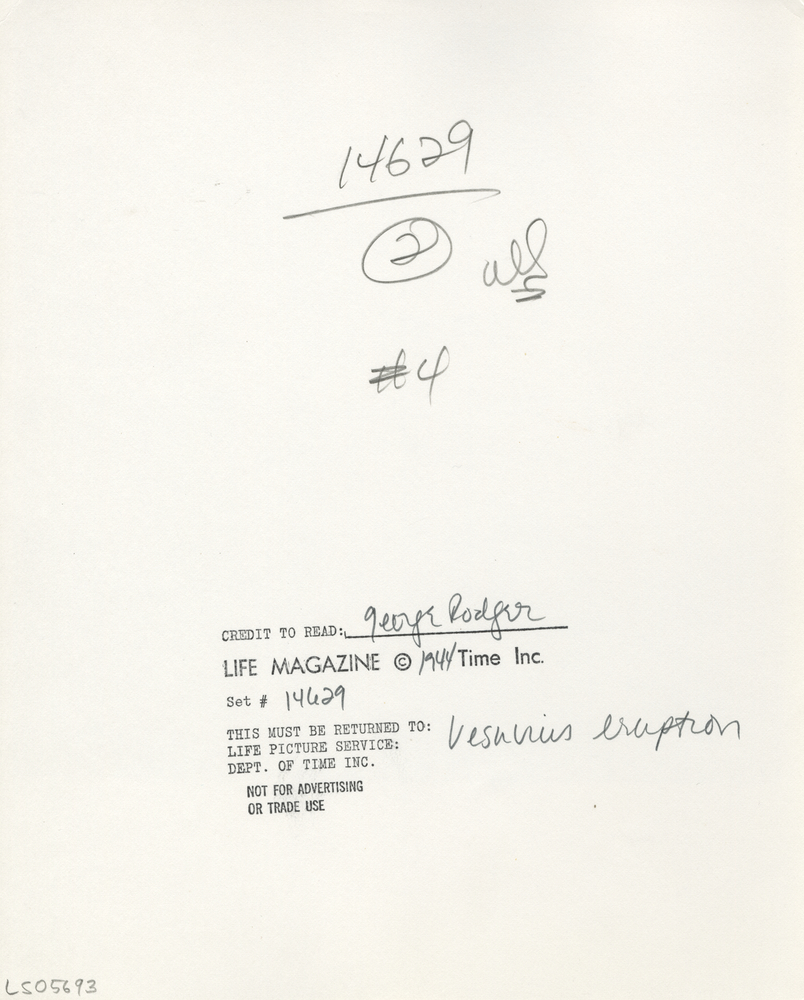 The last major eruption of Vesuvius was during the Second World War. The explosion on March 18, 1944 destroyed four Italien villages. At that time the United States Army Air Forces were based at Pompeii Airfield near Terzigno. More than 70 American planes were destroyed by the eruptions of the nearby eastern volcanic crater.