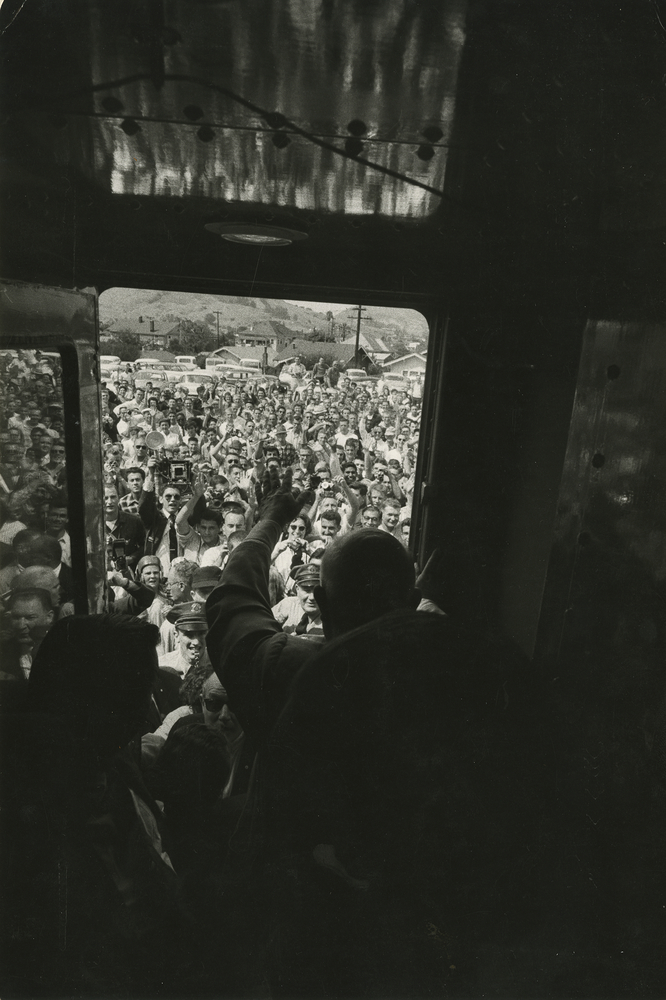 In September 1959 Nikita Khrushchev visited the United States as first Soviet head of government at the official invitation of U.S. President Dwight D. Eisenhower. This state visit was preceded by the so-called »Kitchen Debate«, which took place between Khrushchev and U.S. Vice President Richard Nixon at the American National Exhibition in July 1959 in Moscow.