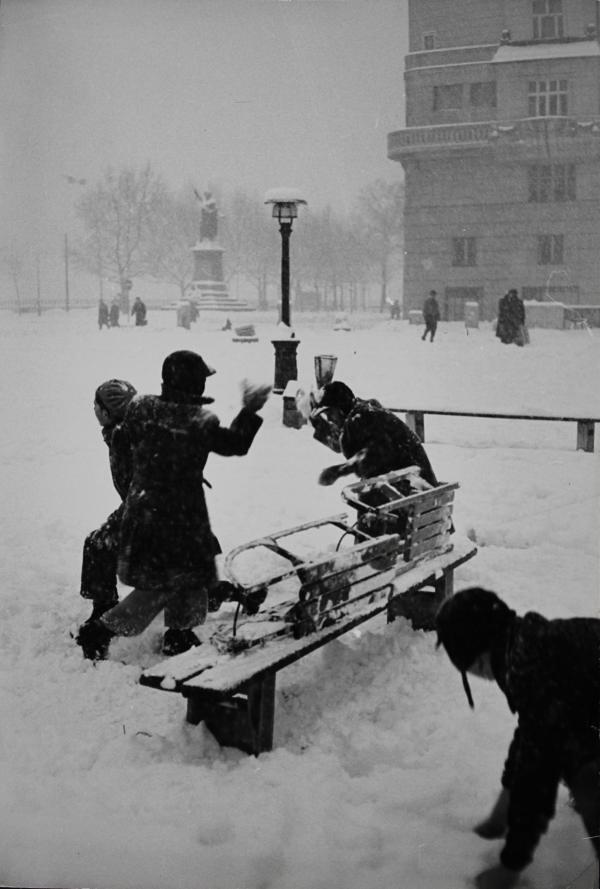 Austrian photojournalist Erich Lessing, full Magnum member since 1951, worked in the post-war years as one of the few Western reporters in the countries of the so-called Eastern Bloc.
When the Hungarian Revolution began, he was on site and became internationally known with his photographs. In addition to the protest marches and hostilities, he also documented the everyday life of the Hungarians in the winter after the suppression of the Uprising by the Soviet army.