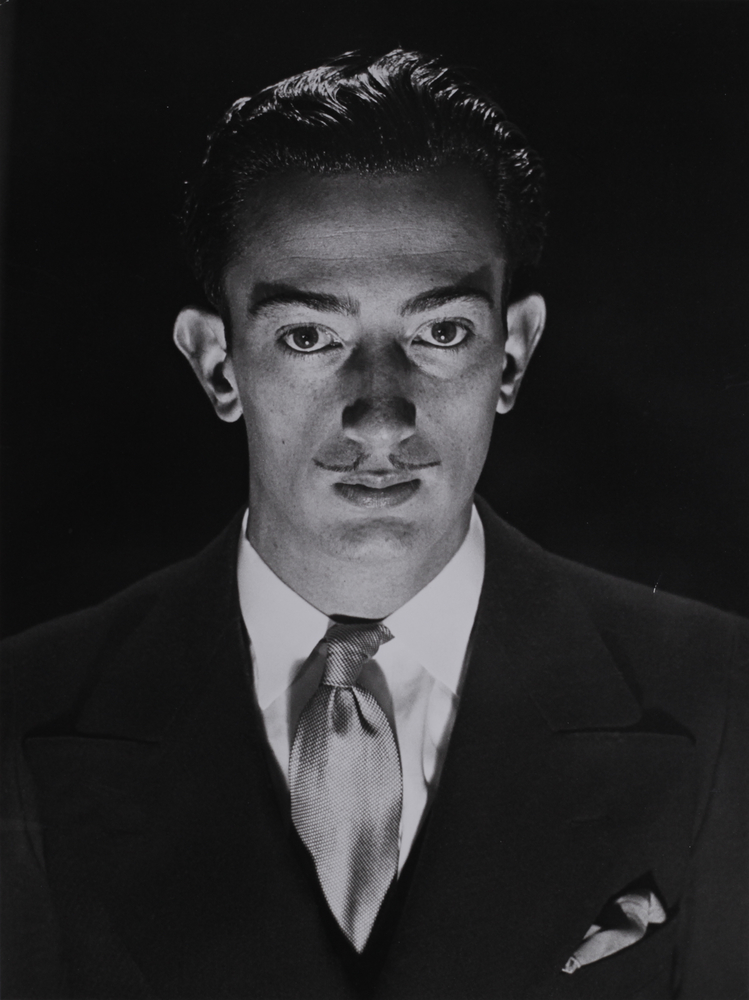 In 1929 Spanish painter Salvador Dalí (1904–1989) officially joined the surrealist group in the Parisian Montparnasse quarter, where he met his lifelong muse and future wife Gala. The Surrealists hailed what Dalí called his »paranoiac-critical method« of accessing the subconscious for artistic creativity. He collaborated with Luis Buñuel on the short film »Un Chien andalou« (An Andalusian Dog), which is known for its opening scene of a simulated slashing of a human eye by a razor.
The American artist Man Ray, who was part of the same circles since his move to Paris in 1921, was already an established photographer at the time he portrayed Dalí under dramatic lighting in his studio, exposing a glass-plate negative of 9x6 cm. A cropped version of the image was published on the cover of Time magazine seven years later, and prints are held in notable museum collections such as the Museum Ludwig Cologne and the MoMA New York.