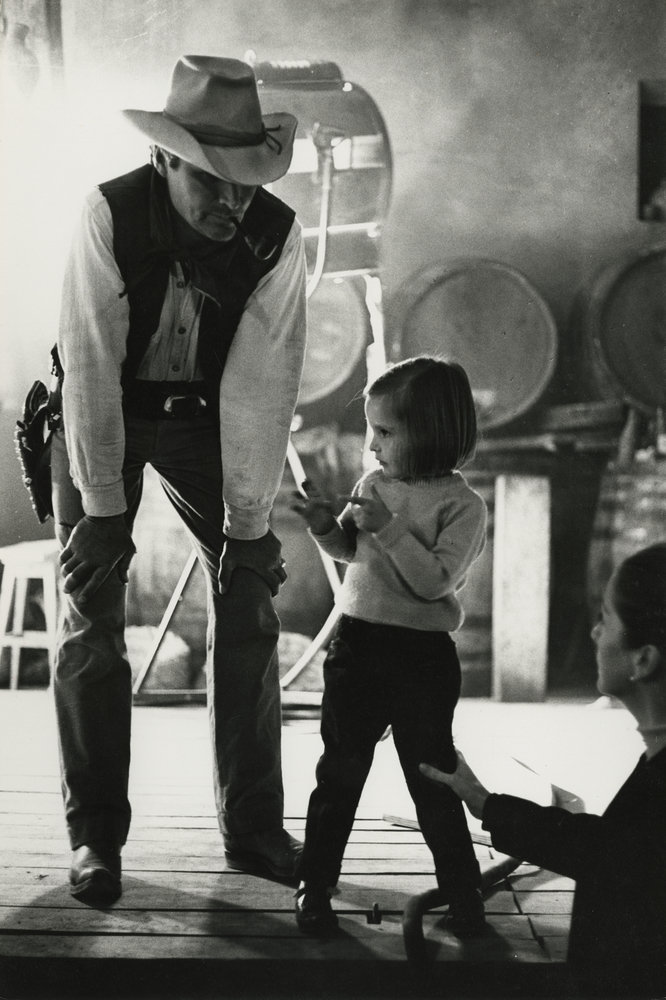 At break during the filming of »Return of the Seven« (USA 1966, Burt Kennedy) the well-known Western actor plays with his daughter Christine, who later also became an actress. French photographer of Russian origin Tikhomiroff started working for Magnum in 1959. He is famous for his work on World Cinema.