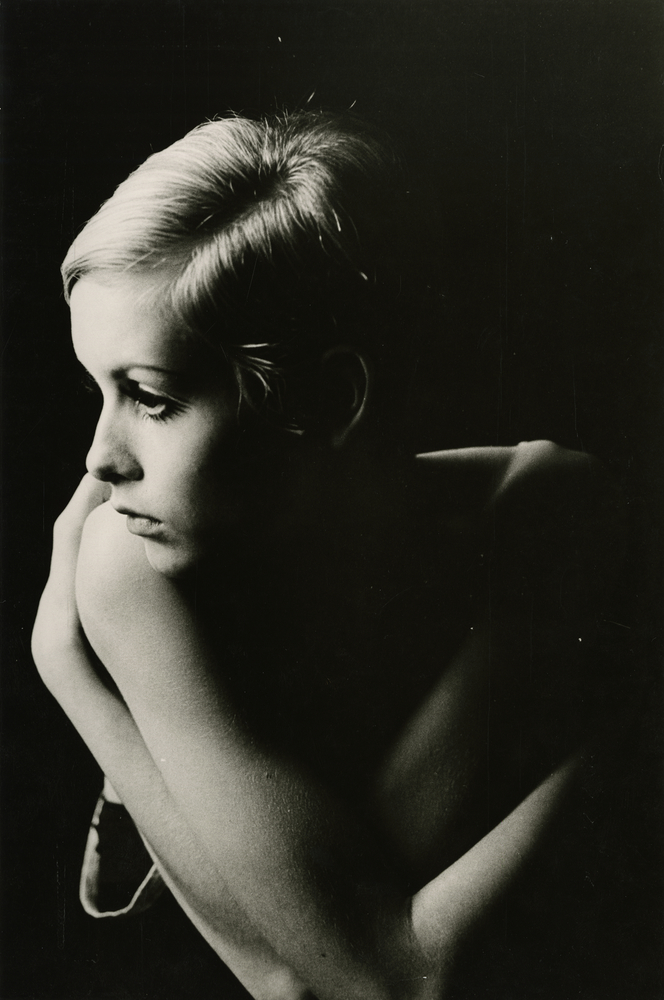 Twiggy at a photo shooting, London, 1966

Born 1949 as Lesley Hornby in a London suburb, nicknamed Twiggy got famous at a young age. Known for her thin build and androgynous look, her big eyes and short hair, she was voted Â»British Woman of the YearÂ« and Â»The Face of 1966Â«. She is considered to be one of the first international supermodels.