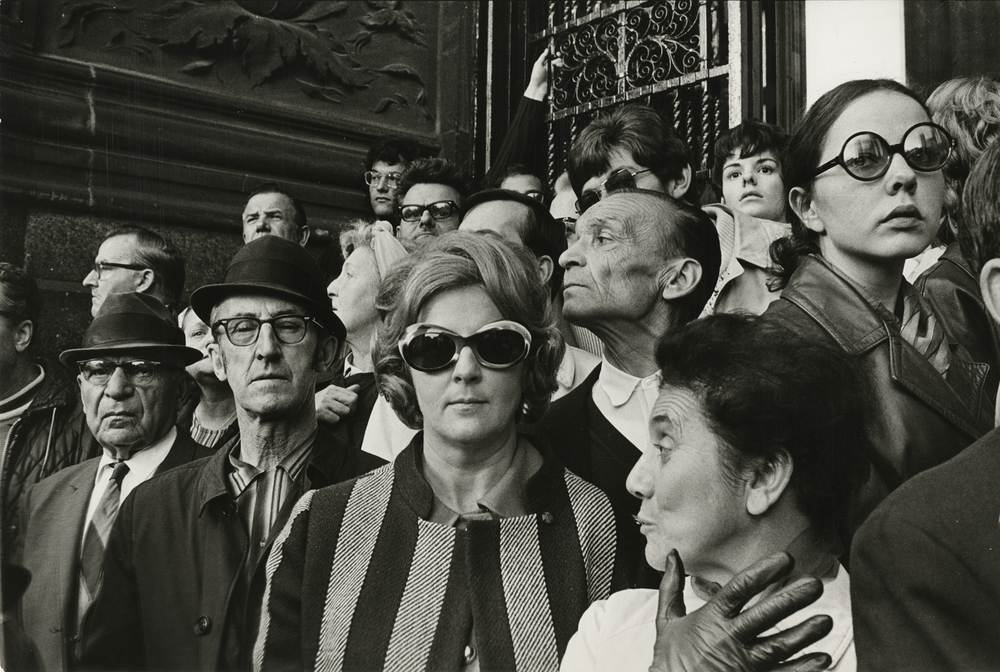 People waiting in front of the Palace of Justice to pay homage to the politician Pierre Laporte, who got murdered by the terrorist organization »Front de libération du Québec« (FLQ). The October Crisis occurred in October 1970 in the province of Québec, triggered by the kidnapping of the provincial Deputy Premier Pierre Laporte and the British diplomat James Richard Cross by the FLQ.