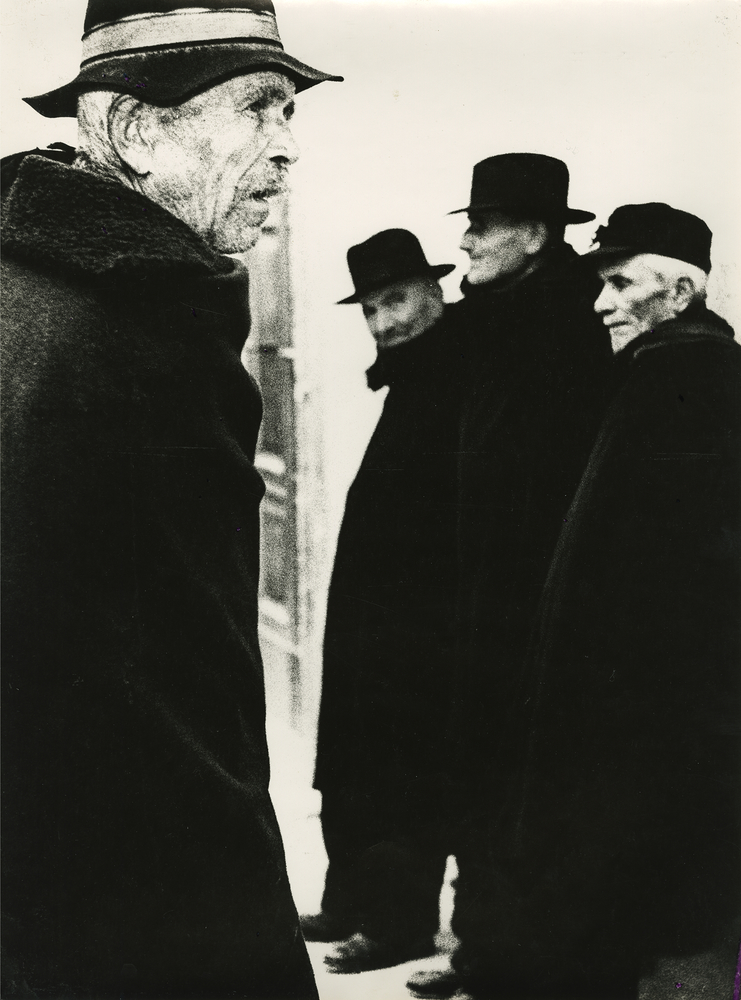 In 1957 Giacomelli traveled to the South of Italy, Abruzzi, and stopped in a small town called Scanno. Impressed by its way of life barely touched by the changing of time, he returned there in 1959 to finish the series. He found himself in an environment dating back hundreds of years, with its simplicity and spontaneity, which had already inspired other masters of photography like Henri Cartier-Bresson. Narrow streets with white houses, freely wandering chickens and cows, the people traditionally dressed in black – all this created a strong contrast reinforced by Giacomelli. He tried to burn in a blinding white all unnecessary details to illuminate the figures, which seem to exist beyond time. John Szarkowski, then director of photography at MoMA, New York, chose Giacomelli’s photo of Scanno boy to show it in the seminal exhibition The Photographer’s Eye in 1964.