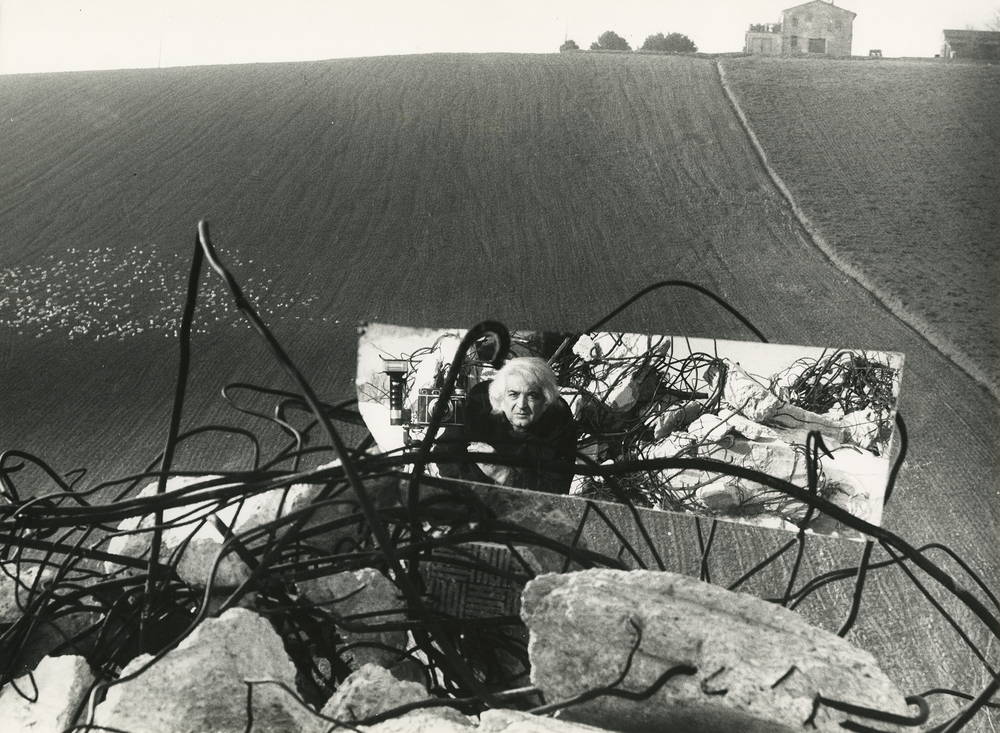 Mario Giacomelli was born in Senigallia in 1925. The small town on the Adriatic Coast of Italy in the province of Ancona remained the centre of his life until his death in 2000. Giacomelli grew up in conditions of poverty. At the age of thirteen, he left school and was apprenticed to a printer. Together with a partner, he opened his own printing business in Senigallia after the war. Inspired by photo magazines and neo-realist film, he discovered photography for himself in the early 1950s and bought his first camera. International presentations of his photographs – for example as part of the exhibition Subjektive Fotografie 3 organised by Otto Steinert in Brussels in 1959, at Cologne’s photokina or at the George Eastman House in Rochester, the latter both in 1963 – made Giacomelli’s name known beyond Italy as well. An exhibition at MoMA in New York curated by John Szarkowski in 1964 brought Giacomelli’s final international breakthrough.