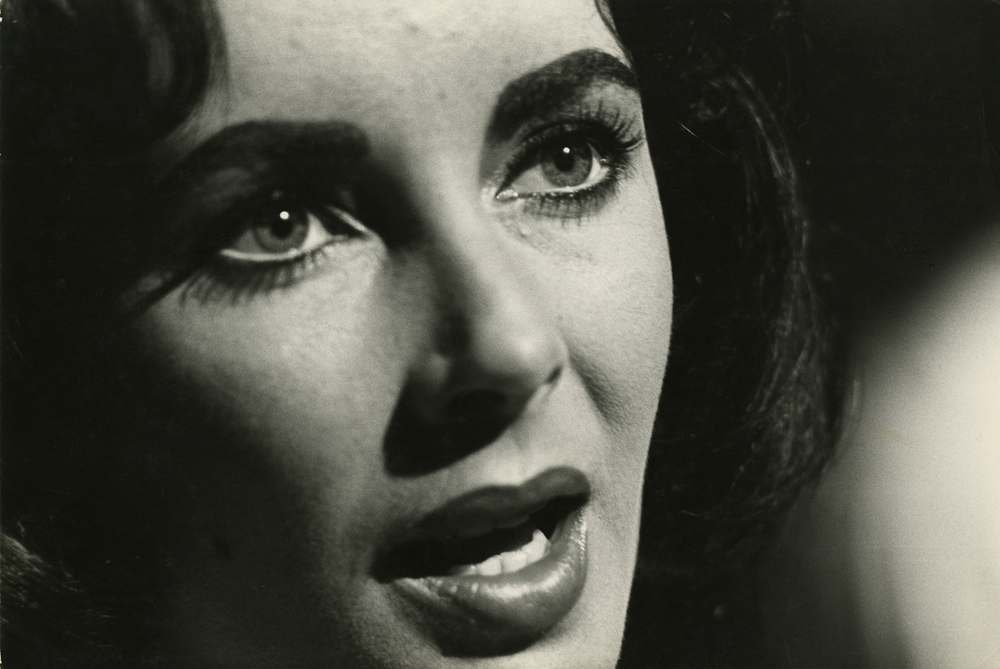 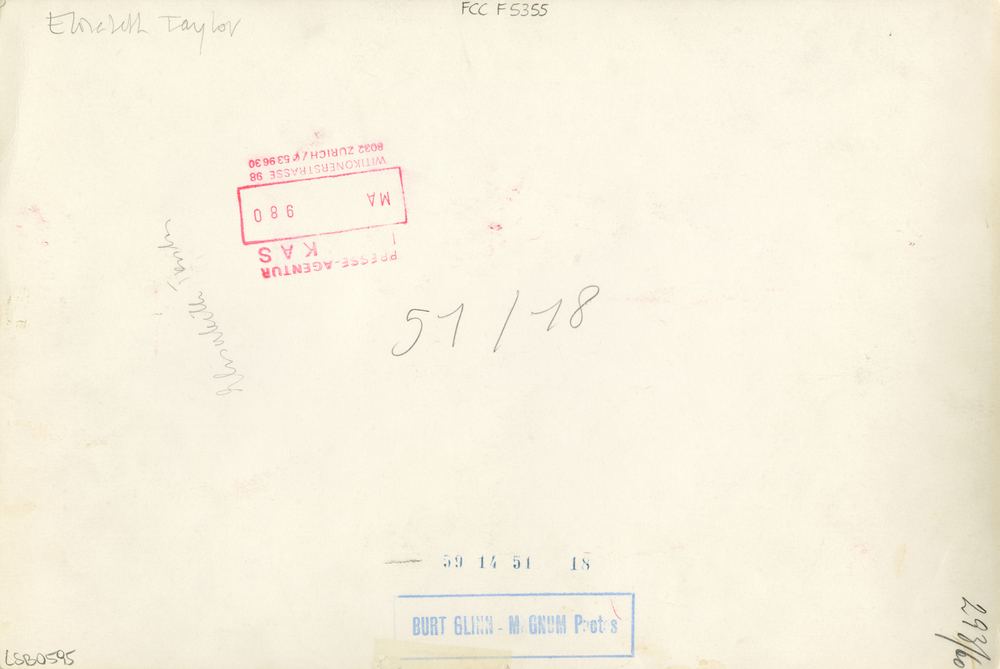 Magnum photographer Burt Glinn captures a close-up of the twenty-six-year-old Elizabeth Taylor's face on the set of Joseph L. Mankiewicz's drama, based on a play by Tennessee Williams. Her expressive eyes and her lips in motion characteristically depict the passionate acting of the young movie star. She was starring next to co-stars Katharine Hepburn and Montgomery Clift. The main character Catherine finds herself in psychiatric treatment after her cousin mysteriously died during their European trip. Her aunt plans to let her undergo a lobotomy with the help of a financially dependent neurologist.
At the time the movie was shot in London, Taylor was the centre of a scandal in the yellow press: It was her first film after the death of her third husband, Mike Todd, who died in a plane crash in 1958. A short time afterwards, she married entertainer Eddie Fisher, a close friend of Todd, who therefore divorced Debbie Reynolds, a good friend of Taylor. It was the fourth out of eight marriages of the actress.