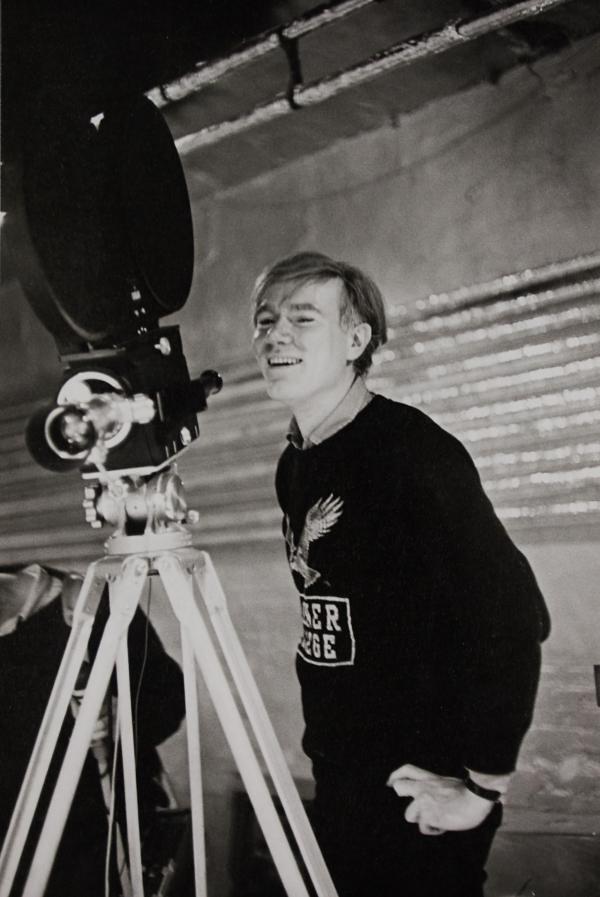 Eve Arnold, who had first met Warhol in the 1950s, accepted his invitation to photograph him at the Factory in 1964. When she arrived, Warhol was just shooting his film »Harlot«. On this occasion, Warhol operated a professional film camera for the first time. The name of the first location of the Factory at that time was based on the aluminum foil with which the rooms were decorated (after moving to another address, this was abandoned).