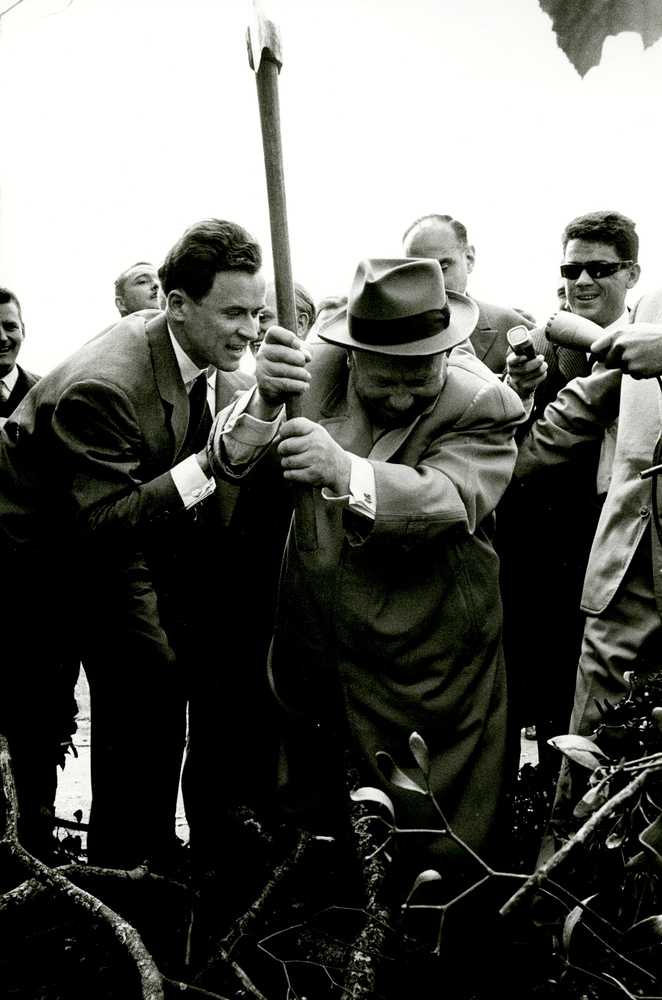 Furious over the U-2 plane incident, Khrushchev split a tree trunk which barred his way with four powerful strokes. The Soviet Premier was travelling the French region Champagne-Ardenne, when the U-2 plane incident happened, causing a crisis during the Cold War era. The image was taken, when he was just about to went on a nostalgic tour to the village where his new Minister of defence, Rodion Malinowski, spent a few weeks during First World War, while the other participants were waiting for him to start the meeting.