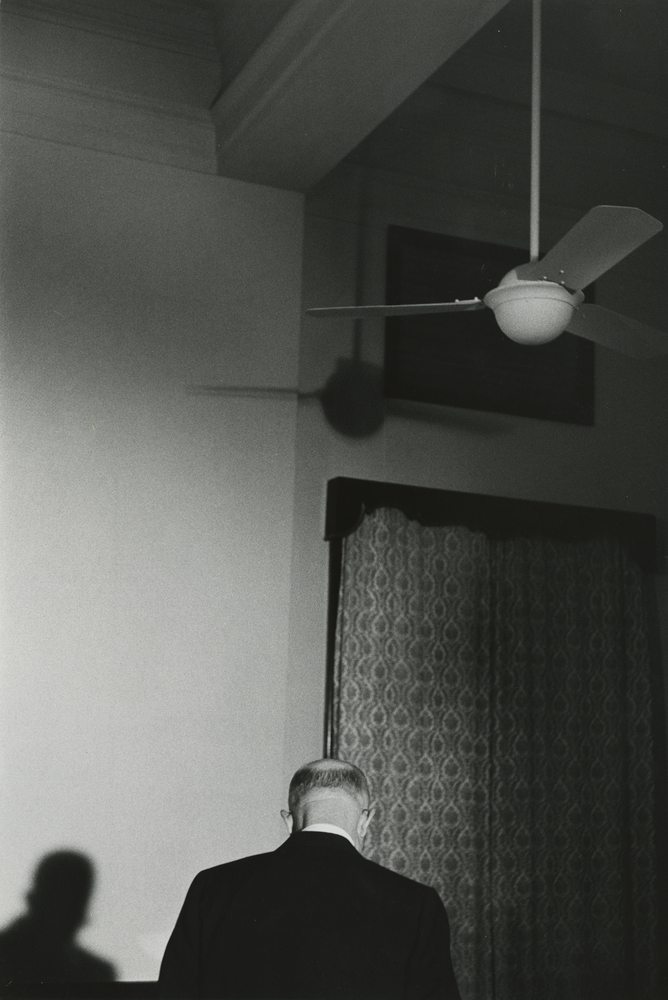 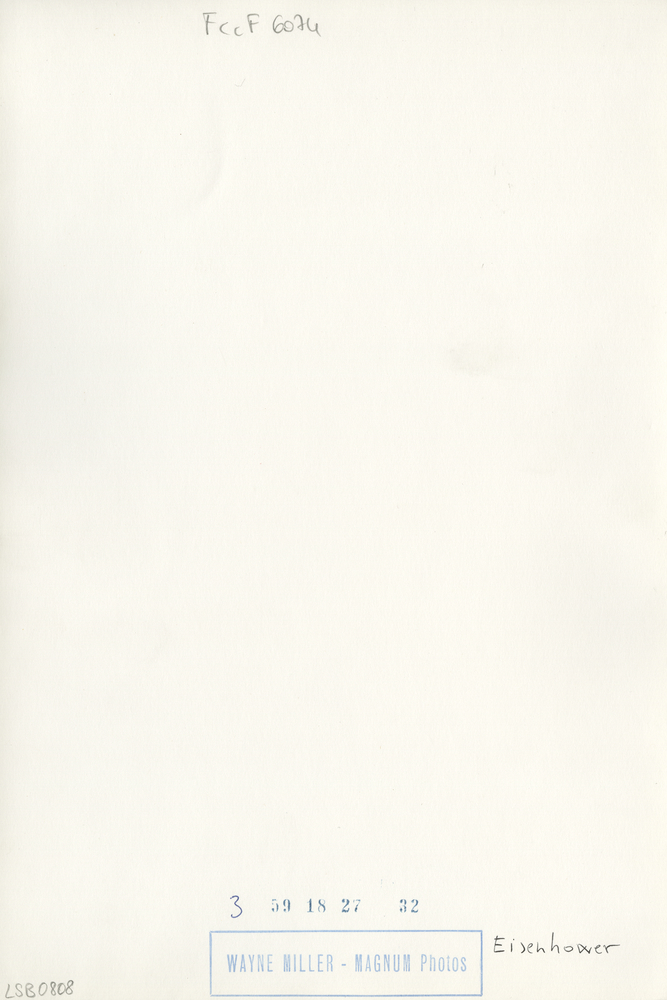 Magnum full-member since 1958, Wayne Miller accompanied president Eisenhower on his tour to eleven countries in Europe and Middle East, including Italy, Pakistan, Afghanistan, India, Iran, and Morocco. The picture shows the president as an unusually isolated figure from behind, positioned at a compositional axis between light and darkness.

From today's perspective the image could be seen as a symbol for the ambivalent and changeful relations between the United Staates and the Far East, namely Iran: in 1959 Eisenhower met with Shah Mohammed Reza Pahlavi whose seizure of power he had supported, and addressed Parliament in Tehran.