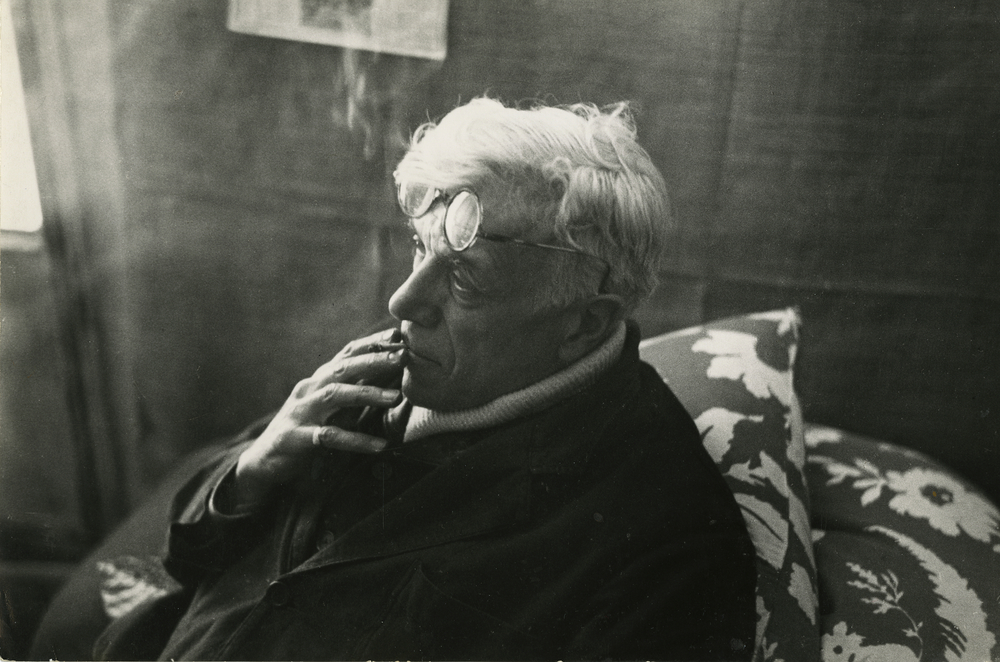 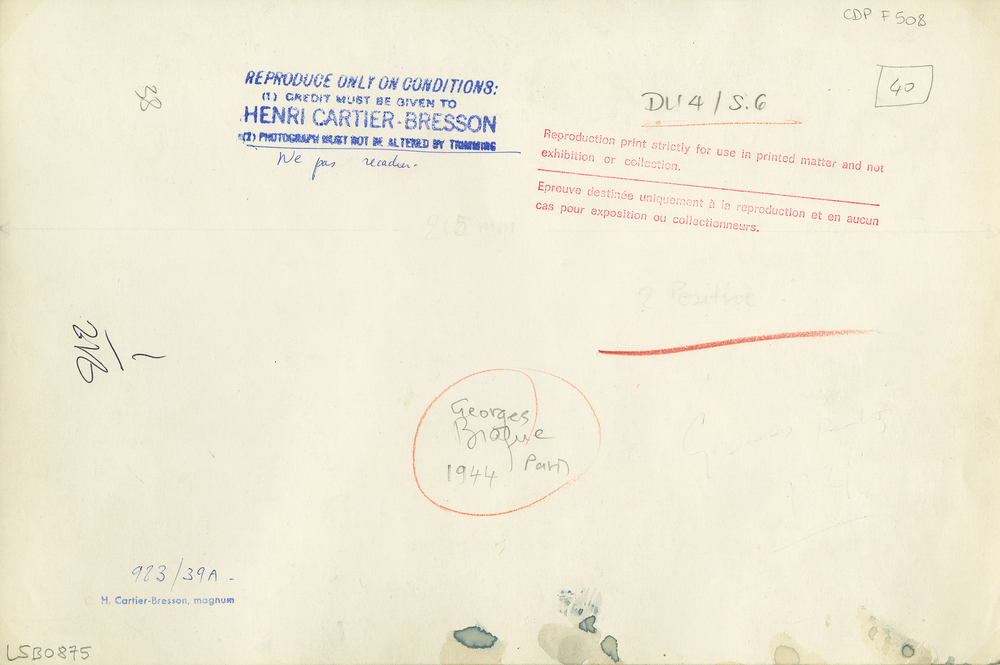 Of all members of the Magnum agency Henri Cartier-Bresson was the most influential, with his imperative of the »decisive moment« caught in uncropped, precisely balanced images, that could »fix eternity in an instant« by a hand-held Leica camera. Such aspirations are especially required for recording a person's natural attitude, grasped in mutual confidence between author and sitter.
Cartier-Bresson's portrait aesthetics benefit as much in the way his photographs reveal, as in what they leave unseen or virtually hide. Thus he occasionally used the motif of smokers partly fogged by fumes. In his persuasive composition of Georges Braque’s (1882–1963) portrait the Cubist artist is leaning on huge pillows, reposing, but apparently also attentive, focussing off-scene with his reading glasses pushed up the forehead.