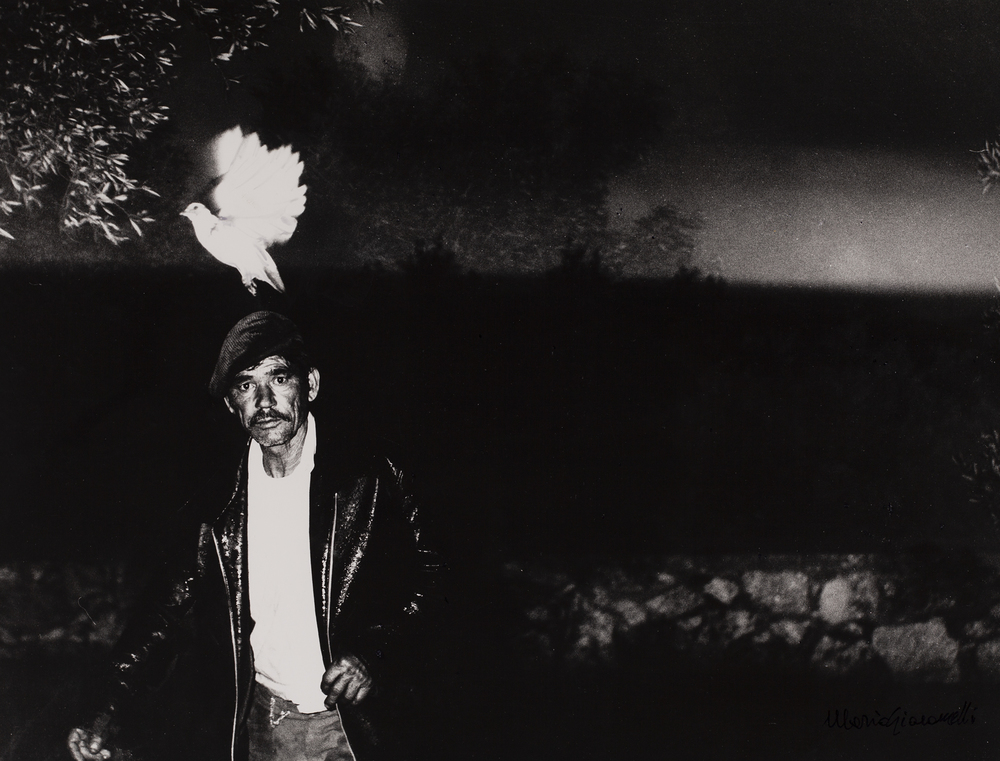 After more than twenty-five years Giacomelli decided to return to South Italy in 1984/85 and took pictures of Calabria. Later on these photographs formed a series inspired by a poem by Franco Costabile, »Il canto dei nuovi emigranti«. This time Giacomelli found a world that was finally caught by time and had passed through significant changes. It was hardly possible to come across any women vested in a black dress any more. The place so lively inhabited by children several decades ago now seemed populated only by elderly people. The strong black and white contrast of Giacomelli’s »Scanno« and »Puglia« was replaced by Calabria’s shades of grey. In many images there is a strong feeling that modern world brought only disorder and neglect. The one depicting an abandoned and collapsing house with the plate »vendesi« (for sale), speaks for itself.