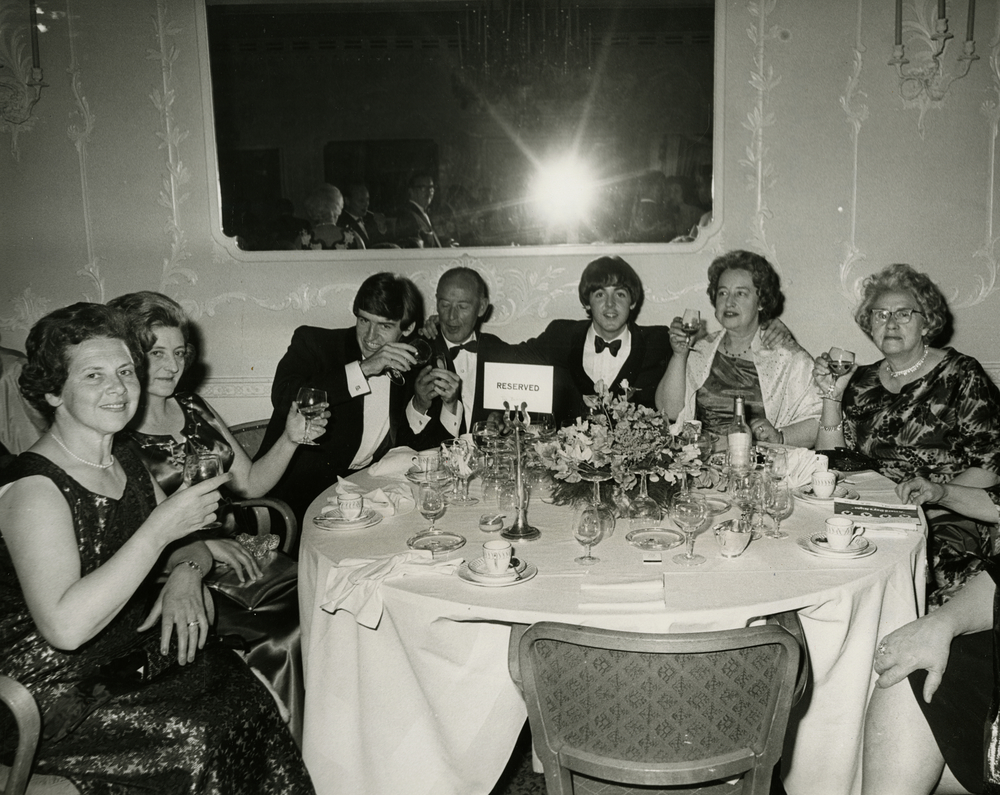 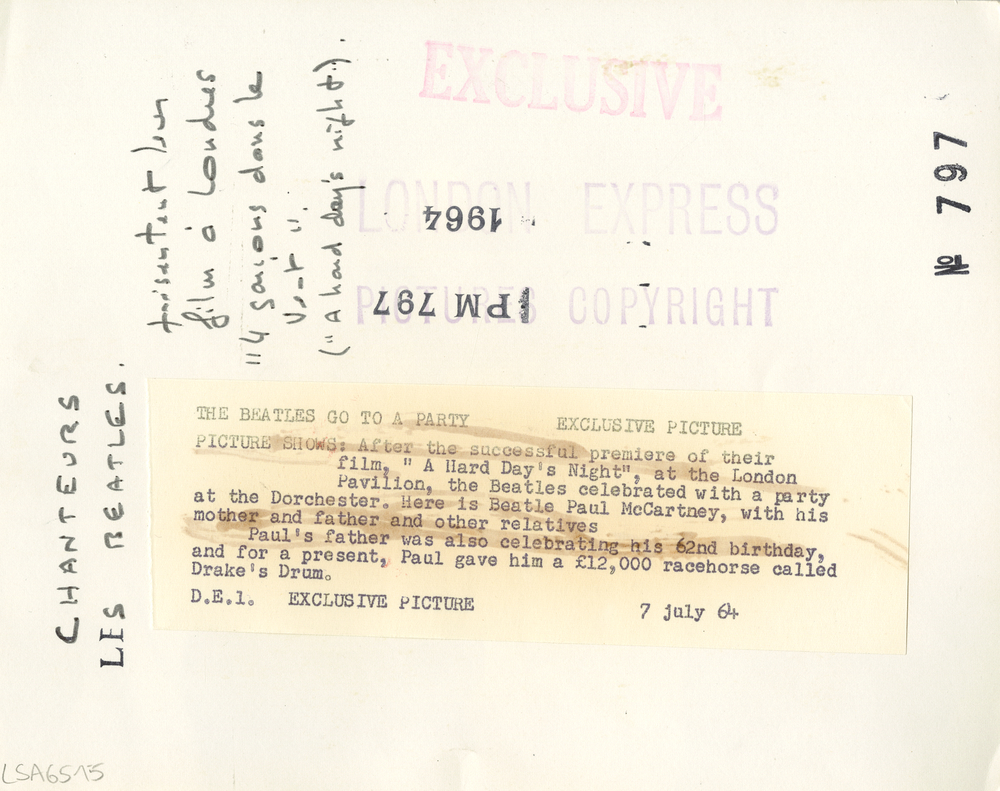 After the successful premiere of the Beatles movie »A Hard Day's Night« at the London Pavilion in July 1964, the young rock band celebrated with a big party at the Dorchester.

Paul McCartney is sitting here between his mother and father, George Harrison and other relatives. Paul's father was also celebrating his 62nd birthday that night and Paul gave him a £ 12.000 racehorse called »Drake's Drum« as a present.