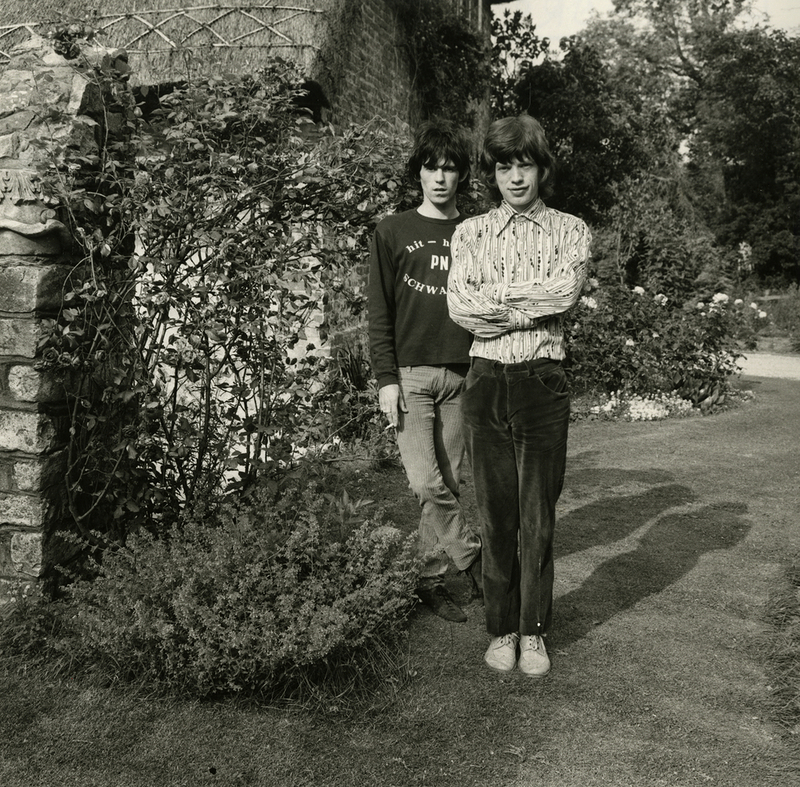 Mick Jagger and Keith Richards of the British rock group The Rolling Stones in the garden of Redlands, Richards' house in Sussex, where one of the most sensational drug raids of the sixties had taken place in 1967.
The picture appeared in press reports after the announcement of their sentences. Jagger received three months for possession of four Italian pills and Richards received 12 months for allowing his house to be used for smoking Indian hemp. He wears his PN Hit-House T-shirt, which advertises a legendary Beat Club in Schwabing and became a fan article also for Stones fans.