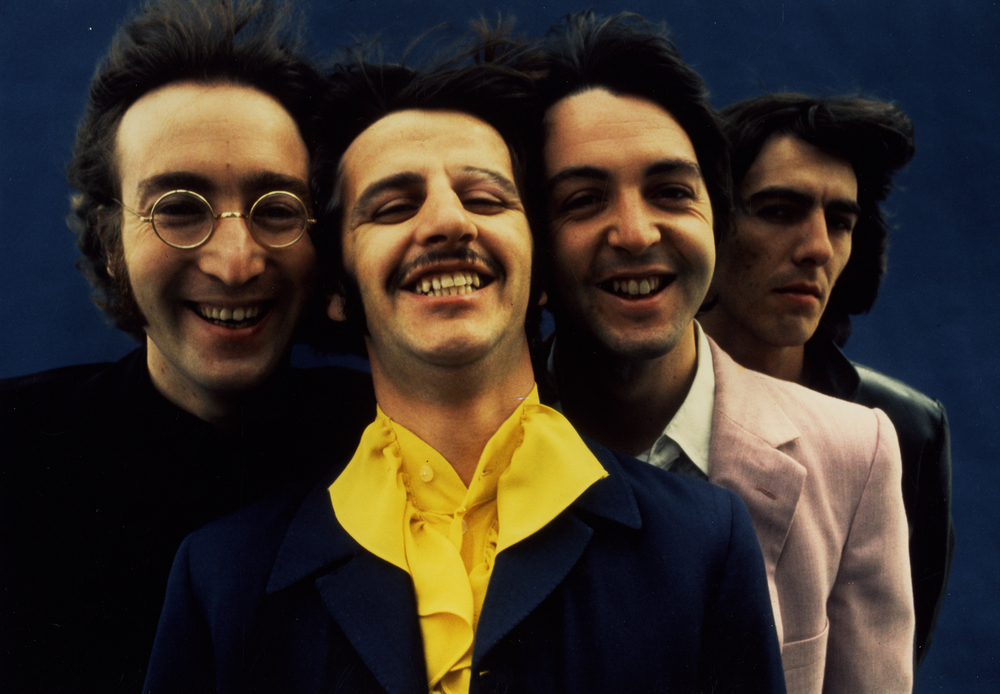 In the summer of 1968 The Beatles were in the midst of recording The Beatles (The White Album). To produce a new set of more contemporary publicity images, Don McCullin, predominantly a photographer of war zones, was commissioned for a day-long shoot around various locations in London. On Sunday 28th July, having just photographed them for a Life Magazine cover, they set out on a jaunt now known as »The Mad Day Out«.

Their itinerary took them from the Sunday Times building on Gray's Inn Road to Cable Street in the East End. From there, McCullin and the band went to Old Street roundabout, on which they posed, much to the surprise of the taxi drivers who waved whilst whizzing round for second looks. After that, to Limehouse and the beautiful Georgian sea captains' houses around there. Then, a community hall back in the East End, playing with a parrot for a while before before heading back to Paul's house in St. John's Wood and his geodesic-domed glass ceiling.