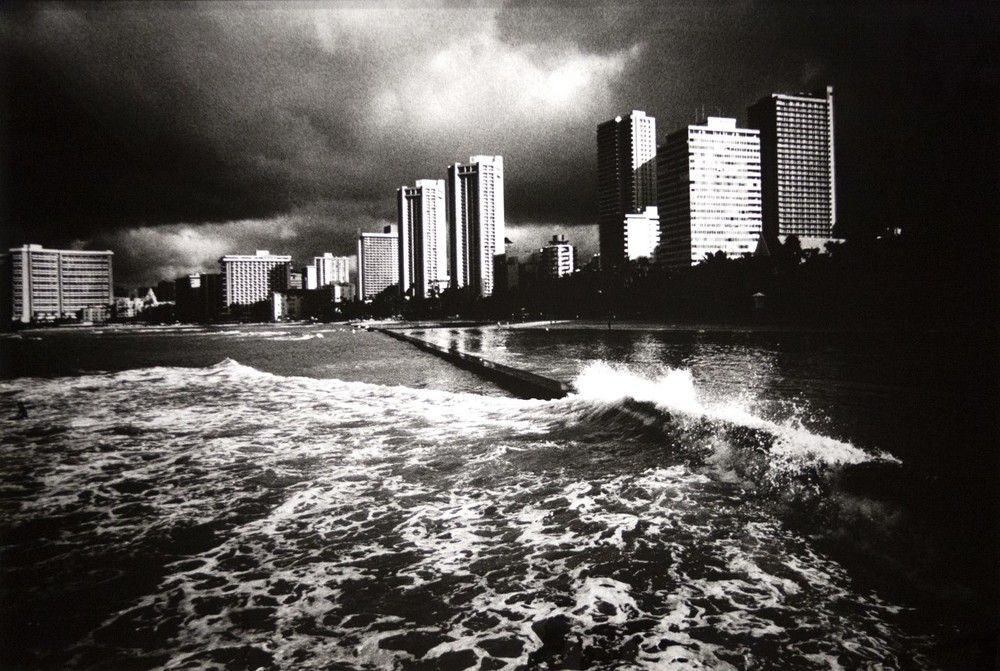 By photographing his homeland Tokyo in the Sixties, Moriyama has developed his iconic black and white, grainy visual style. Between July 2004 and January 2007 he worked on a series on Hawaii which was published as a photobook by Getsuyosha.

He captured the island’s landscape and inhabitants in stunning directness. The unusual perspectives of his pictures give us insights into an everyday life and westernized culture apart from the known stereotypes of an exotic paradise.