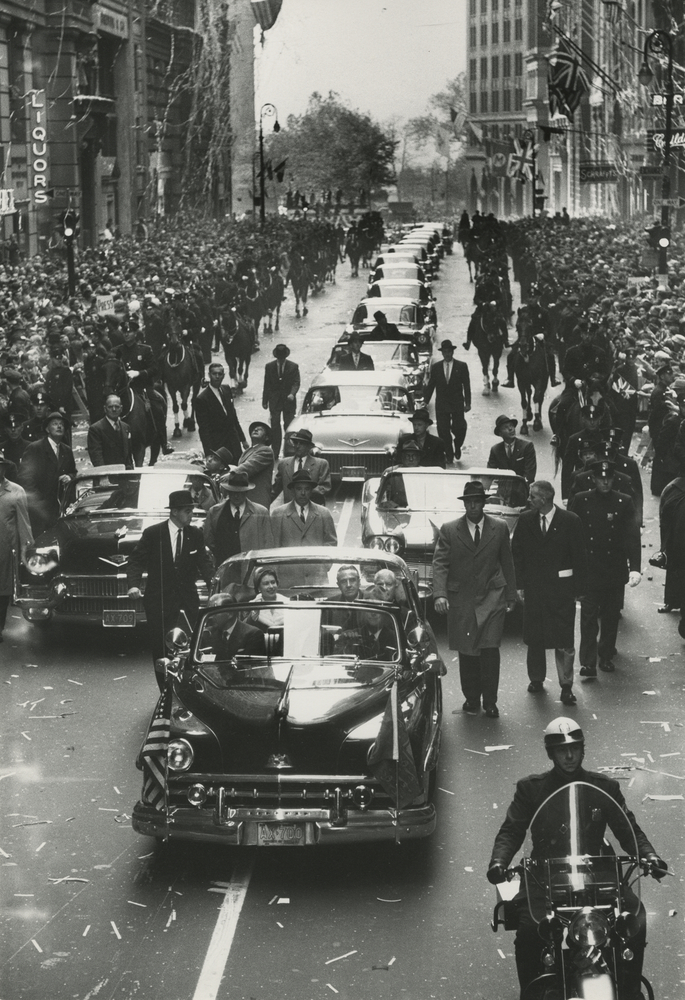 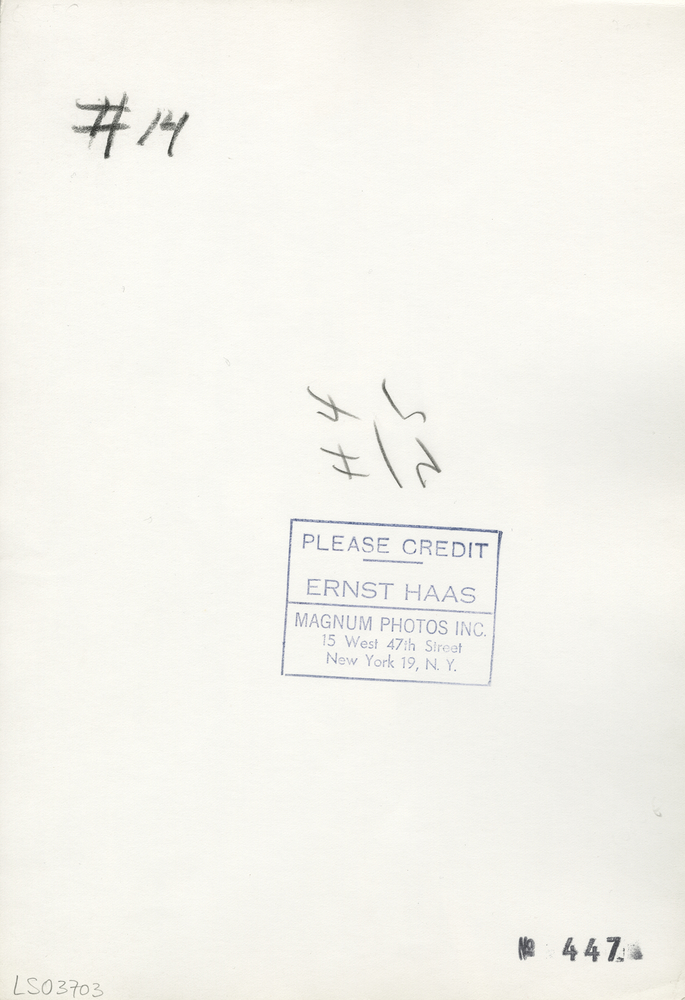 On her first official trip abroad, the young Queen Elizabeth travelled to the United States with Prince Phillip. After attending the 350-year anniversary of the first British settlement on American soil in Virginia, they visited President Dwight Eisenhower in Washington.

From his elevated position Ernst Haas was able to capture not only the smiling Queen in an open limousine, but also the impressive extent of motorized, mounted and pedestrian accompaniment and the enthusiasm of the people at the sidewalks.