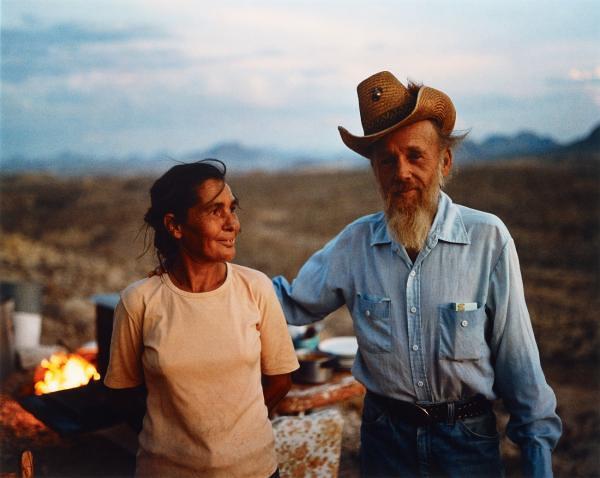 Ray and Grace, 'The Devil's Graveyard', USA, Texas, Big Bend, 1983
From the series Â»Written in the WestÂ«

The series Â»Written in the WestÂ« was shot by Wim Wenders with his medium format Makina Plaubel 6x7 during a road trip through Southwest America: Texas, Arizona, New Mexico and California. The German filmmaker went there when he searched for subjects and locations for his iconic movie Paris, Texas (1984).

Wenders was capitvated by the unique, saturated light of wild, deserted landscapes, empty shops, cafes and roads, seem to be inhabited by signage and advertisement instaed of humans. This great stillness is the essence of this series. The images do not document possible film locations, but rather sharpen Wender's idea and conception of the American West.