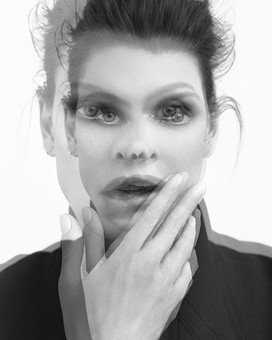 Bryan Adams was born in Kingston/Ontario, Canada, and lives in London. He is one of the most successful contemporary rock musicians and composers with a string of hits such as »Summer of 69« or »Everything I Do, I Do It For You«.

Amy Winehouse, Mick Jagger, Queen Elizabeth II, Dustin Hoffman, Louise Bourgeois, Ben Kingsley, Pink and Mickey Rourke – these are only a few of the illustrious names that have posed for Bryan Adams. Many of Adams’ portraits and fashion photographs were taken for Zoo Magazine, which he co-founded in Berlin in 2004. Adams’ images play with clichés of the representation of celebrities in public – some show the stars in ironic funny situations, others in intimate moments. However, the photographs of Adams always reflect a deep interest in people. He has mastered both the craft of classic studio photography, as well as the snapshot aesthetic.

His most recent series is dedicated to injured British soldiers who have returned from foreign missions in Afghanistan or Iraq. These direct, provocative photographs radiate an optimistic, humorous but also, at times, unsettling mood. Adams impressively succeeds with these portraits to capture the pride, humor and the incredible will of these servicemen to live. The series demonstrates the bitter legacy of war, while at the same time a commitment to peace.

He has won the Lead Award twice, most recently in 2012, for his portrait series of Daphne Guinness in the 'Mood and Fashion photography of the year' category. His photographs have been published in numerous magazines such as Zoo, Vogue, Vanity Fair and L'Uomo Vogue.