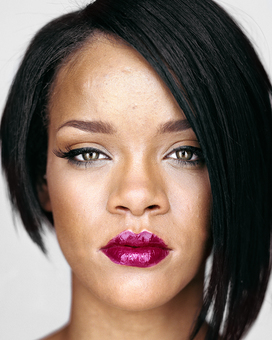 from 0.00 €
Inquire
See all works by Martin Schoeller

»I first thought, what's that, 300 photos of water towers [by Bernd and Hilla Becher]. But then the penny dropped and I got this approach of totally reduced photos. I have tried to translate it into portraits, as I'm very concerned with authentic, objective images. It is also a democratic point of view as all faces are special«.

He had them all in front of his lens: from Cate Blanchett, Christopher Walken, Dolly Parton and George Clooney to Rihanna, Willem Dafoe, Barack Obama and Donald Trump. Martin Schoeller, one of the most important contemporary portrait photographers, has been producing distinctive close-ups of politicians, sports stars, film and music icons for over twenty years – staged in bright, unforgiving light.

Martin Schoeller (* 1968) was born in Munich and studied photography at Lette-Verein in Berlin and in Hamburg. His work was influenced by German photography tradition of August Sander and Bernd & Hilla Becher. After starting his career in his home country he moved to New York in 1993, where he worked for several years as an assistant to Annie Leibovitz. In 1996 he left to pursue his freelance career and soon became renowned for portraits of people he met in the street. Since 1998 his work has appeared in TIME, GQ, Rolling Stone, Esquire and VOGUE, among other publications. Since 1999 Schoeller
is working for The New Yorker and, like Richard Avedon before him, is the editorial photographer there. His magazine covers brought him many international awards. His signature large-scale close-ups were exhibited in museums and galleries worldwide, are included in the permanent collection of the Smithsonian National Portrait Gallery in Washington, D.C., and have been awarded internationally. Martin Schoeller lives and works in New York.

from 0.00 €
Inquire
See all works by Martin Schoeller
back
jump to top