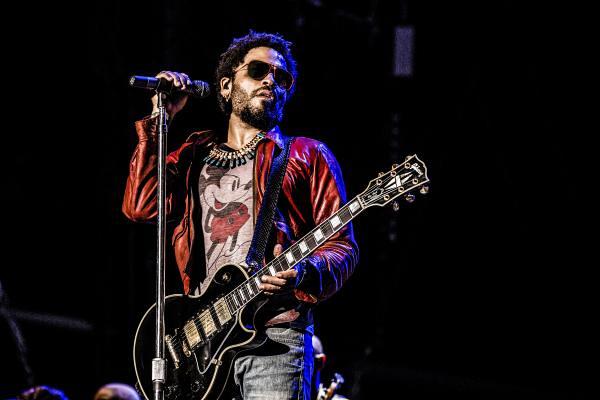 »I feel that his photographs completely capture the essence of what and who I am at that moment and he has the ability to bend the atmosphere which brings an abstract quality to the photograph.«

Mathieu Bitton’s portraits show new facets of life within the rock music circus as well as other parts oft he entertainment industry. He has worked with numerous famous musicians, comedians and other celebtrities for over 20 years. Bitton, a long-time comrade-in-arms of Lenny Kravitz, has accompanied the musician on his world tours, capturing both grand poses on stage and quiet hours between concerts. These works were exhibited for the first time as part of the exhibition »Flash« at OstLicht.

The photographer is also known in the music world for designing some of the most creative album covers and packaging, as well as videos, logos and more for some of the most important artists and records of the last century. His work earned him a Grammy nomination in 2009.

from 1200.00 €
Inquire
See all works by Mathieu Bitton
back
jump to top