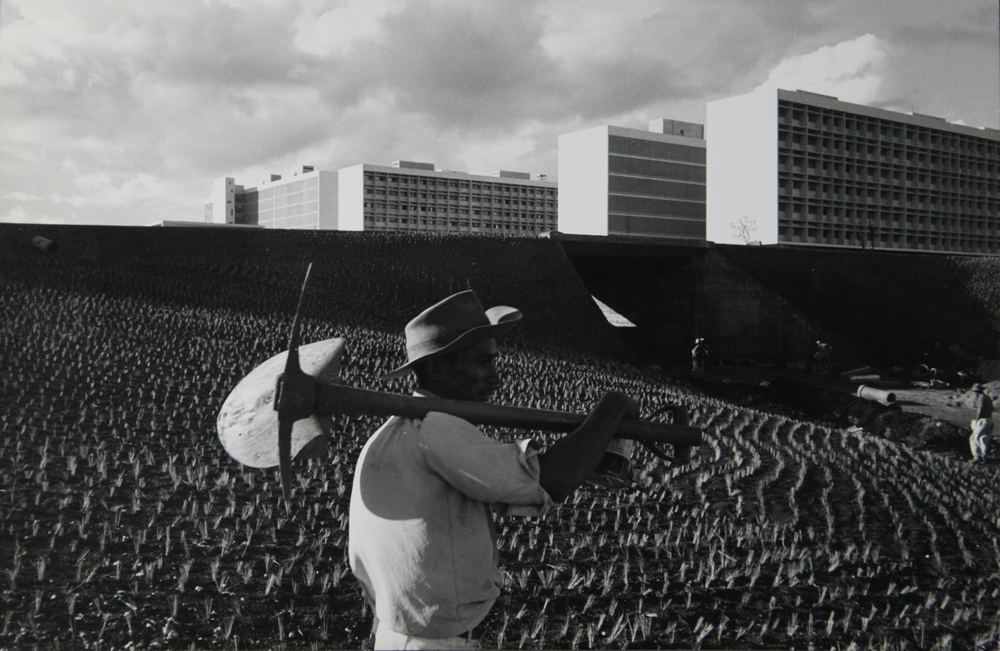 Rural worker 1960
From the series »Brasilia«

René Burri (1933 - 2014) was born in Zurich and spent his early years studying colour, composition and design at the renowned School of Arts and Crafts in Zurich. It was during his military service that Burri first used a Leica camera. Shortly after, he also developed an interest in film, and between 1953-1955 he worked as a documentary filmmaker. Burri’s life changed forever when the well-known photographer Werner Bischoff introduced him to the prestigious photography agency Magnum Photos. After joining Magnum in 1959, his first reportage appeared in Life magazine and he subsequently worked for more major news magazines including Look, Bunte, Stern, Geo, Paris Match, Schweizer Illustrierte and Du. Burri’s diverse body of work ranges from reportages in the Middle East and Maoist China, to personal photo-essays on the Germans and NASA. He is also known for his portraits of cultural figures such as Pablo Picasso, Alberto Giacometti, Jean Tinguely, Yves Klein and Le Corbusier. Burri received the Dr. Erich Salomon Prize form the German Society of Photography in 1998 in recognition of his lifetime achievement as photojournalist. In 2013 he was awarded the Leica Hall of Fame Award for his life’s work.

Rural worker 1960
From the series »Brasilia«