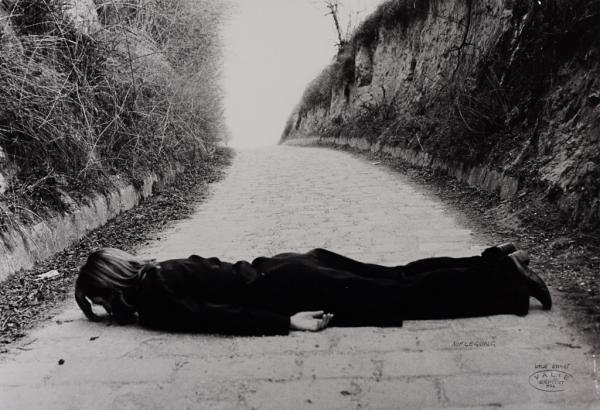 VALIE EXPORT, born 1940 in Linz (A), is an Austrian film maker and performance artist. She belongs to the important pioneers of conceptual media art, performance and film. VALIE EXPORT works with video, digital photography, installation, body performance and also with objects, sculptures and texts on art history and feminism. Since 1975 she is involved in curatorial projects and international symposiums. Her feature film Die Praxis der Liebe was nominated for the Golden Bear at the Berlin International Film Festival in 1985. EXPORT took part at the documenta 6 in 1977 and at the documenta 12 in 2007. Her artworks are part of international collections such as Centre Pompidou or Tate Modern. EXPORT took part in exhibitions e.g. at the Museum of Modern Art in New York (USA), the MoCa in Los Angeles (USA), mumok in Vienna (A) and the Metropolitan Museum of Art in Seoul (KR) and is represented in film and video screenings at international festivals such as Cannes (FR), Berlin (D) or San Francisco (USA).