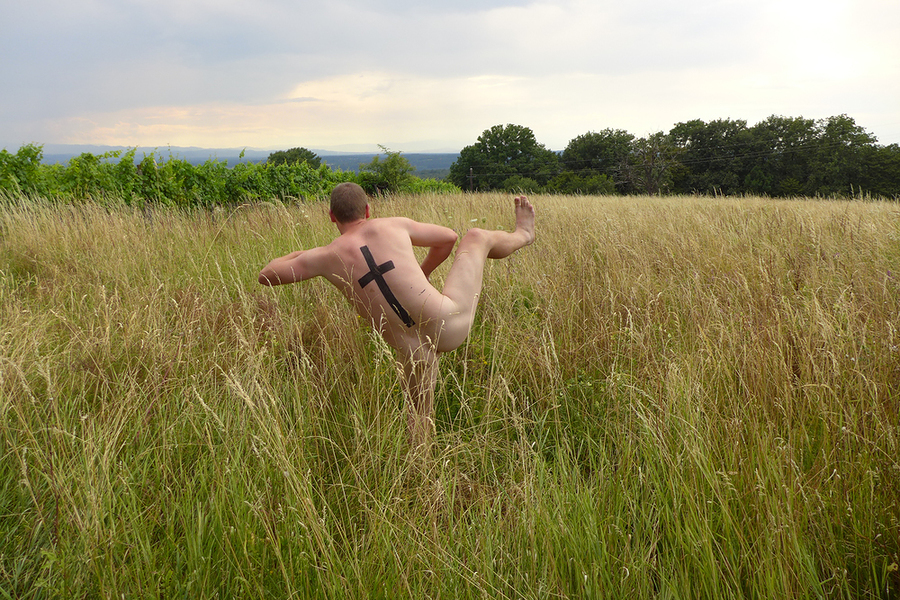 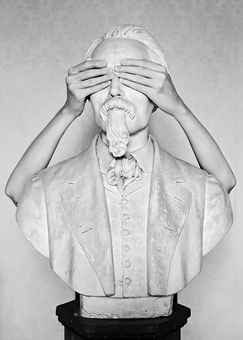 Turquoise water, empty white beaches, tropical fruits and luxury resorts: this is how the Caribbean is usually depicted.

Bahamian photographer Melissa Alcena turns the narrative of her homeland around and focuses on the inhabitants of The Bahamas themselves instead of the picturesque vacation paradise. Alcena’s works are situated between documentary and staged photography and show the country and its people as complex, sensual and diverse way.

Studio shots of bright flowers against a black background blend into atmospheric outdoor portraits and arranged indoor settings. The striking back- and profile views take up large areas of individual motifs. They obscure the otherwise widespread tourists’ images of the »vacation paradise«.

In Alcena's photographs, the back views – often taken as a dismissive posture – are decorated with accessories and offer scope for interpretations. Sunglasses, chains, and fabrics give hints to the individuality of the person. Some protagonists appear as if they are enveloped in a veil, contradicting the image of the Caribbean in exclusively intense and bright tones.

Melissa Alcena's strong sense for color and the alternation between deep shadows and bright light characterize her photographs just like The Bahamas itself. Even in her photographs taken in bright sunlight or in front of turquoise waters, the photographer gives little spotlight to the scenery and avoids stereotypical depictions of paradise, by modeling the protagonists with light and darkness in tightly defined settings.

CHRISTIAN EISENBERGER
A snowman riding a bicycle. Another snowman carrying a scythe, watches from a lookout, keeping an eye out for victims. A skull made of snow is completed by its own shadow. Shaped from branches on a blanket of snow, an espresso pot pours coffee into a mug. Is the flying hay bale in the sky an imagination? A muddy puddle in the forest spells "Hahaha". Rudimentarily nailed wooden strips in front of bushes and trees form the letters "O.T". [Untitled]

Be it pinecones or branches, Eisenberger takes most of his materials from the sources of nature. Whereas Eisenberger's cardboard figures find their audience incidentally in the city, he is usually his own audience in nature. At the same time, he repeatedly incorporates himself into his works: standing almost naked in a star-shaped hole in the frozen surface of a pond, wearing a red jacket and green cap and peering through a sheet of ice, or balancing in tall grass with a cross painted on his back.

Christian Eisenberger has always had a deep desire to be outside, for many reasons. He experiences nature as a limitless space, a place of freedom and spontaneity that offers silence and the possibility of escape, a place of longing for peace and quiet.

Though Eisenberger is critical about the idea of "nature" – "In our part of the world we have to speak of industrial landscape" he says. "How we treat the soil is, after all, like war," – his works are nevertheless based on an essentialistic concept of nature.

Playful and bold, Christian Eisenberger's works simultaneously convey transience as well as humour and lightness. In contrast to macabre and grotesque jokes, they radiate a childlike joy in playing and experimenting outdoors.

A bedroom in shades of gray and white. A stone bust, the eyes of which are covered by hands. A figurine stands on a nightstand, its decapitated head lies next to it. In between photographs of interior designs with dark wood. Francesca Catastini's photographic work aims to overcome the idea of separation, initiating an interaction of images with other images, text, or objects. Through this process of continuous invention and layering, new meanings are achieved.

In The Modern Spirit Is Vivisective, the artist addresses the phenomenon of public dissections. From the late 16th to 18th century, executed convicts were publicly dissected almost once a year in so-called anatomical theaters, which were visited by students, professors, dignitaries and paying audience. These theaters are the starting point of the photographic series. The Modern Spirit Is Vivisective explores the theater’s architecture and reflects on the observational role of the audience, who – whether laypersons or professionals – witnessed the segmentation of human bodies.

In Petrus, Catastini explores the human urge to define oneself and the world through specific forms. She regards their symbolic power and the way they shape us and our views. Forms are never stable, but a result of a never-ending tension of different forces. In a cynical, careful, and arbitrary analysis, Francesca Catastini plays with archetypes and images. The titular name Petrus ref