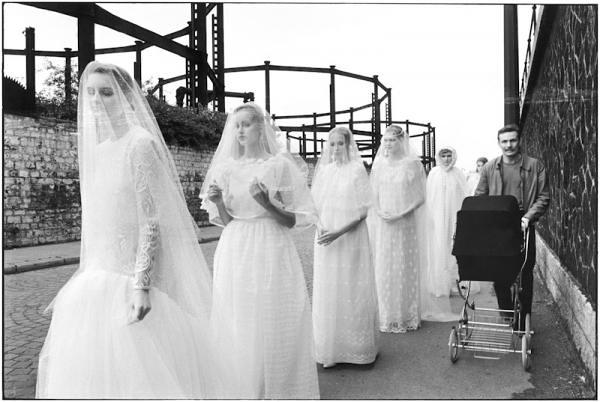 »There are two kinds of photography: Elliott Erwitt’s and everyone else’s«

Take a walk through the streets of Paris with Elliott Erwitt!

Since the 1940s Magnum legend Elliott Erwitt has repeatedly returned to his city of birth and, with the eyes of a flâneur, casts his gaze on boulevards, street cafés, jardins and cabarets, always with a sense for discovering the special in the everyday.

Galerie OstLicht dedicates a new exhibition to Erwitt's homage to the metropolis by the Seine, taking us to what is probably the most charming city in the world with 56 of his humorous and upbeat photographs.

His work is characterized by an elegant lightness and a sharp-tongued, warm-hearted humor that is unparalleled in the history of photography. Erwitt's images seem to wink at us persistently. This characteristic view of things has shaped both Erwitt's commissioned work and his freelance photography. It sets the keynote of his photographs and gives the political reportages and everyday observations in particular an emotional complexity that extends far beyond the moment that is always captured on point.

Elliott Erwitt personally selected the motifs from »Paris« series for his exhibition at the Chanel Nexus Hall in Tokyo (2012), Galerie OstLicht is pleased to show the works now in Vienna.