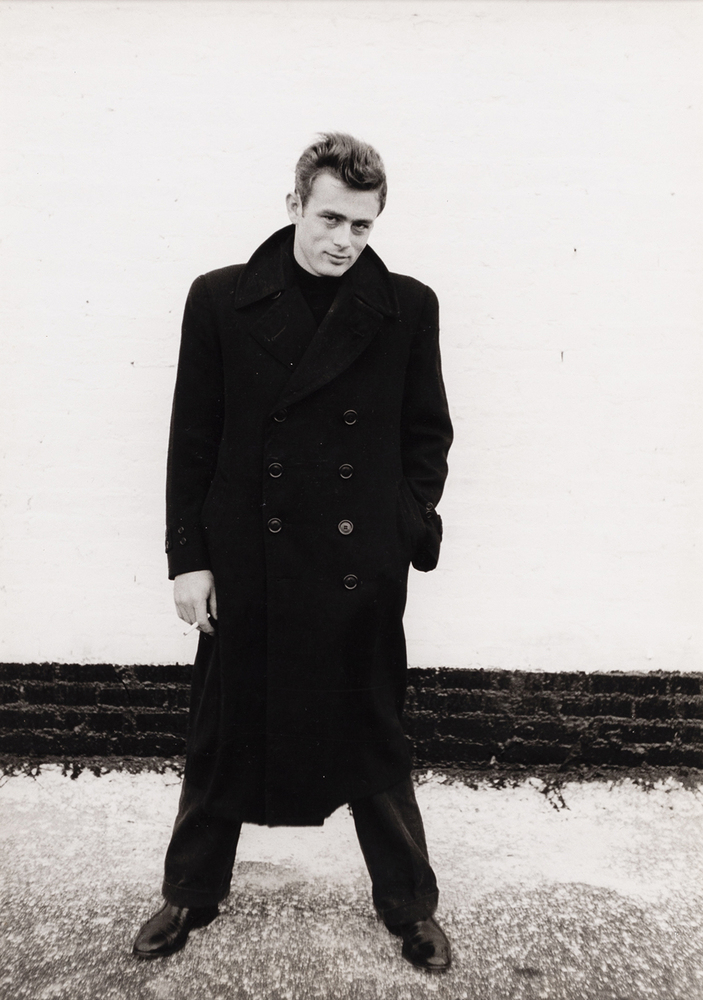 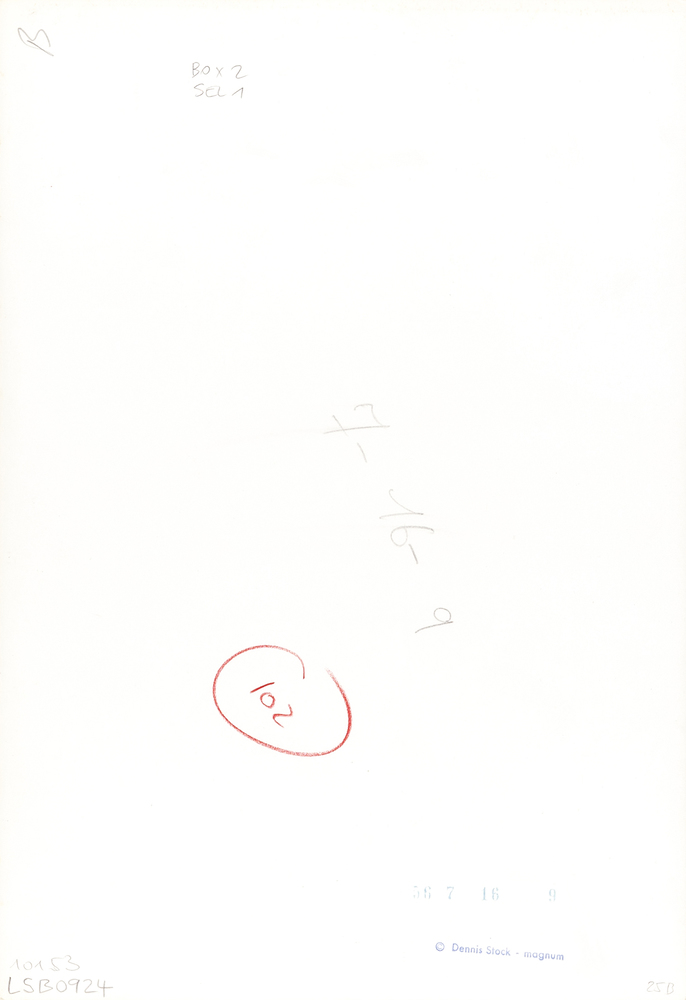 In February 1955, when Dennis Stock became a full-partner member to Magnum agency rather late, Life magazine commissioned him to contribute a photo story on James Dean (1931–1955). The 24-year-old actor had recently completed the filming of »East of Eden«, where he laid the foundation of his image as an impetuous, melancholy rebel. When posthumous fame made him an idol, this feature story also had a stimulating influence on Stock's career as a photojournalist.
In comparison with the widely known motif showing Dean with pulled-up collar on a rain-soaked day at Times Square, this portrait reveals much more of the person behind the myth, as Dean is addressing the camera with a charming glance.