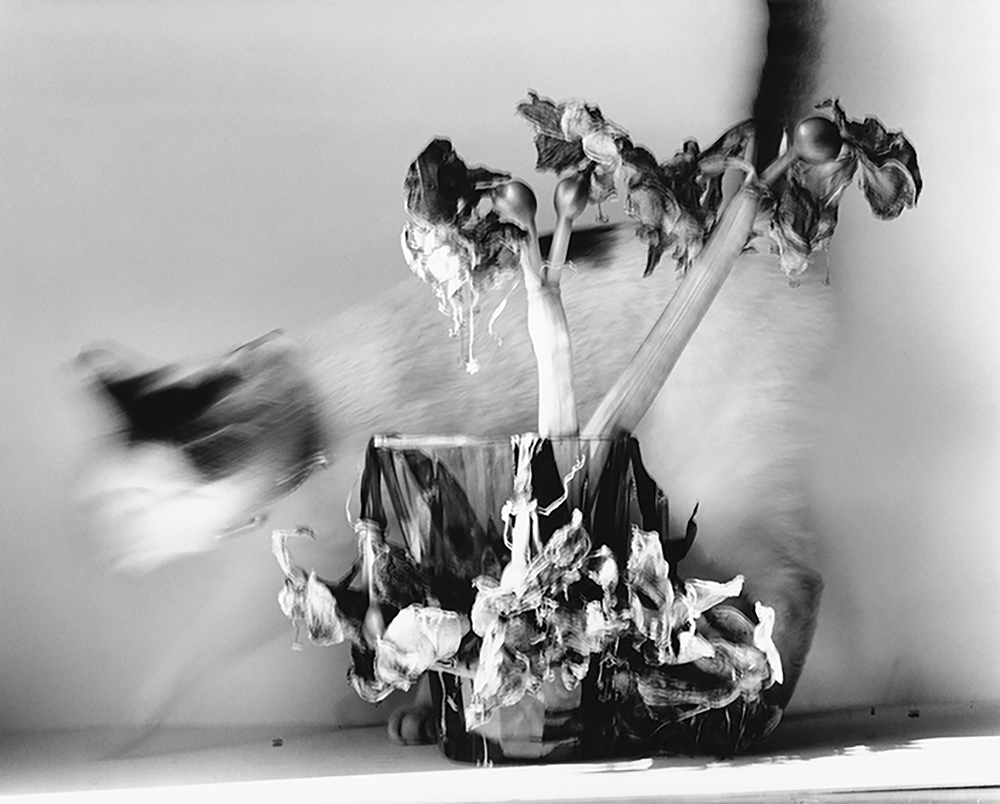 The cat Chiro became a member of the Arakis' family in 1988. Araki captured the animal in many photographs and especially after the death of his wife Yoko in January 1990, he found support in his animal companion. He even dedicated two books to it »Chiro, My Love« (1990) and »Chiro, Love, Death« (2010).