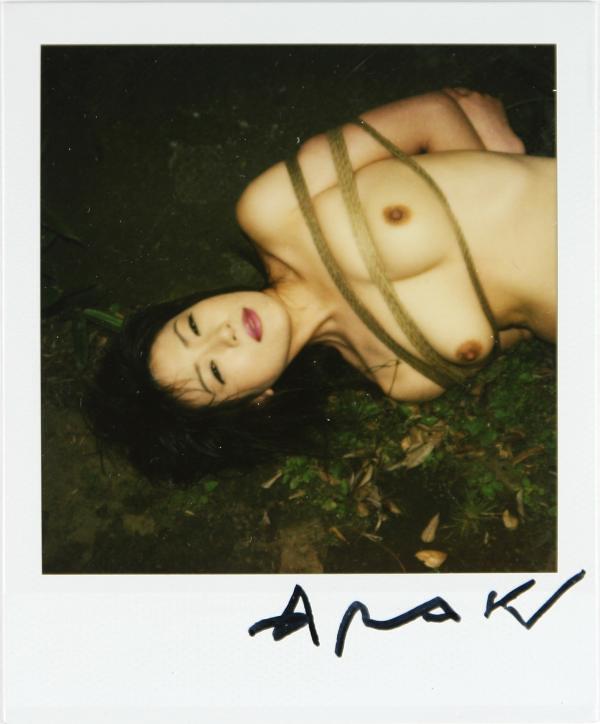 Araki has been working with the Polaroid medium in SX-70 format since the 1980s. For his nude stagings, he often adopts the medium's inherent characteristic of the supposed snapshot, as in some of the photos of his »Polanography« series – a pun on Polaroid and Pornography.
In his Polaroids, Araki often stages those controversial scenes for which he enjoys a very controversial reputation: Women, mostly naked, tied up in lewd poses. Araki refers to the tradition of the Japanese art of bondage called »kinbaku«, which can be translated as knotting with ropes, but is little known in Western culture.

The print is part of the two-venue exhibition ARAKISS in cooperation with WestLicht. Museum for Photography, from 19.05. to 01.08.2021. It can be dispatched only after the exhibition.

Since we sell unique prints, the purchase is not complete until you receive a personal confirmation email from us.