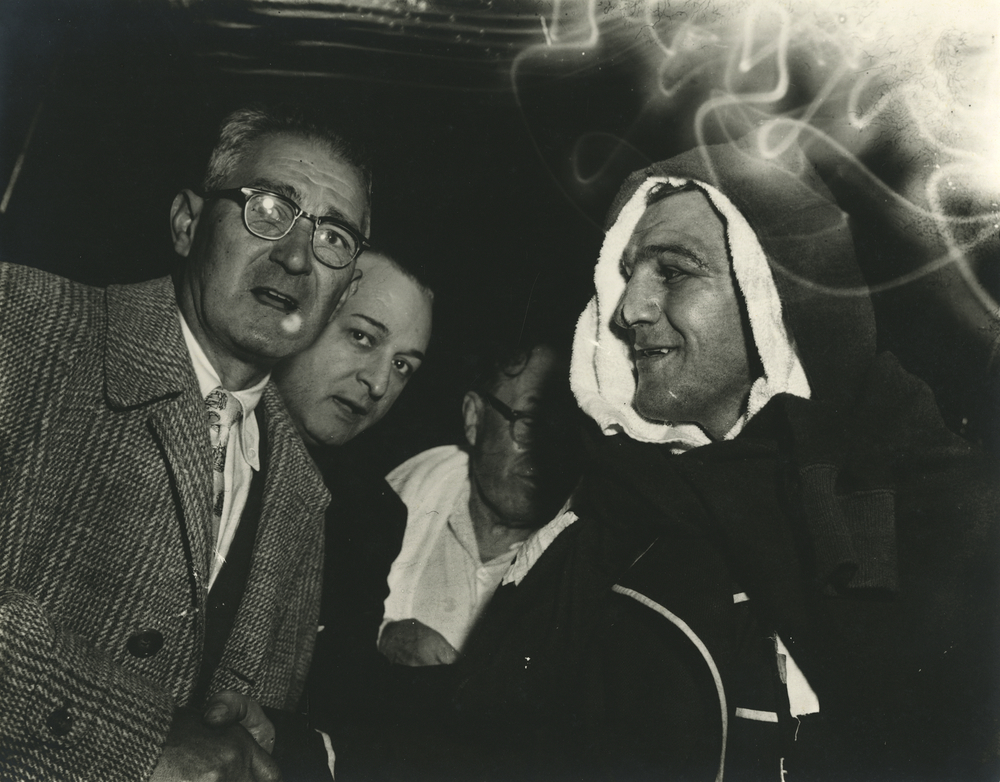 The heavyweight champion Rocky Marciano fought two celebrated boxing fights against Ezzard Charles. The first match took place on 17 June, 1954 and the second on 17 September, 1954. In the rematch, Marciano was caught with an elbow and suffered a split nose. The fight was in danger of being stopped but Marciano fought on, seemingly undisturbed by the cut. He won over Charles in the 8th round. That split nose helped create the legend of »the Rock«.