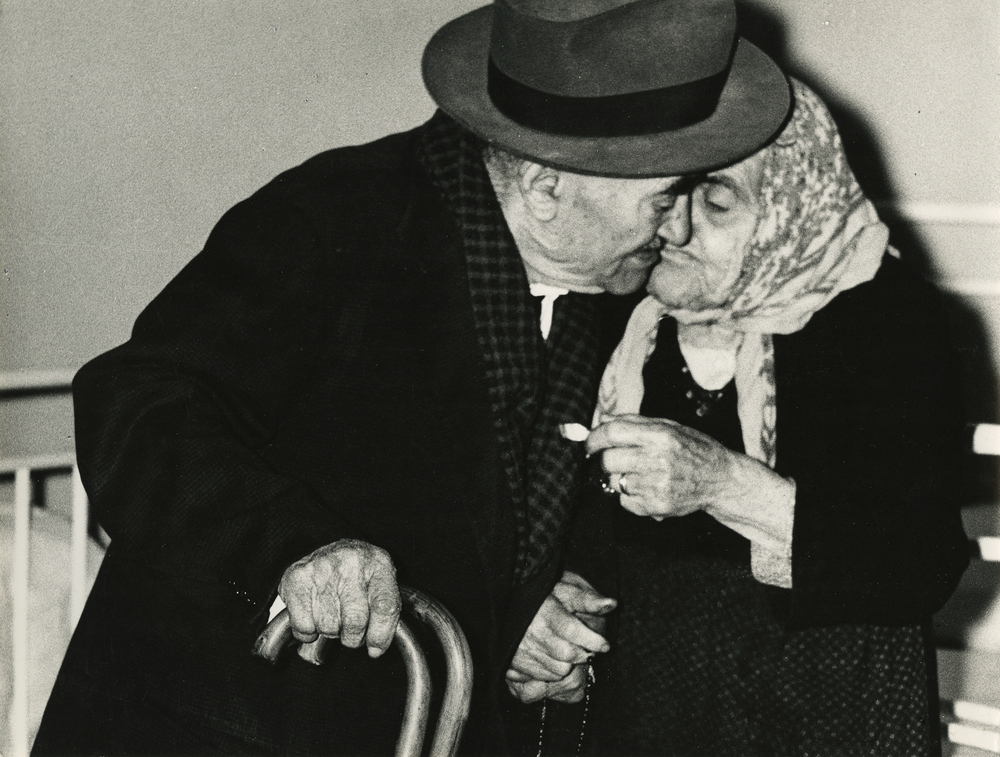 For his first substantial project, »Verrà la morte e avrà i tuoi occhi«, the title of which is taken from a poem by Cesare Pavese, Giacomelli returned to the old-age home where his mother worked during the days of his childhood. As with almost all his series, he took the time to establish a relationship with the place and its people. The images, taken between 1954 and 1983, are marked by a harshly realistic view of human decay; the glaring white of the flash seems to devour the fragile bodies. At the same time, Giacomelli’s identification with the inhabitants of the home and his quiet rage at their suffering is obvious, and so the old people always remain protected within his gaze.