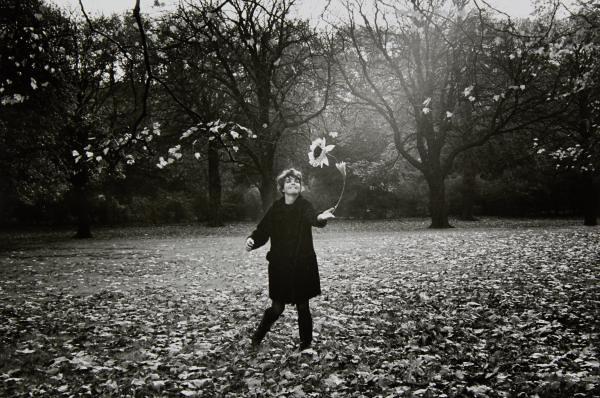 Sheila with sunflower, London, 1968
From the edition »Austrian Avant-Garde of the 1970s«

Cora Pongracz's early work from her years in Frankfurt, Munich and London was hardly known until the estate was examined. She developed extensive series with friends from the art scene, moving playfully outdoors. The settings already show Pongracz's interest in the thematic field that was to shape her later work: the photographic representation of people as a lively interplay of self-expression and communication between the protagonists who determine the image.

A number of these motifs have been published in the feature pages of renowned daily newspapers, where they illustrate articles on various topics from literature, theatre or social politics.