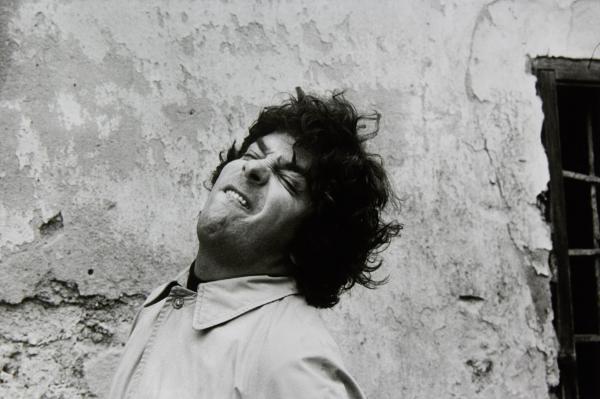 Arnulf Rainer, Leibnitz, 1969
From the edition »Austrian Avant-Garde of the 1970s«

Cora Pongracz met Arnulf Rainer when he had just begun to develop his examination of physiognomy and performative self-dramatization into an independent photographic work complex. Rainer's photo booth works from 1968/69 were not taken as self-portraits, but should rather capture the expressive qualities of grimaces. He took the same poses of mimic distortion for Pongracz's photographs.

Hence, the fact that Arnulf Rainer no longer leaves the recording to a machine, but to the photographer, represents an important step to the next stage in his photographic work, the performative »Fotoséances«. This collaboration is significant for Pongracz's own way of working insofar as she was particularly interested in interactions and role shifts between author and model or between self and pose in the photographic setting. 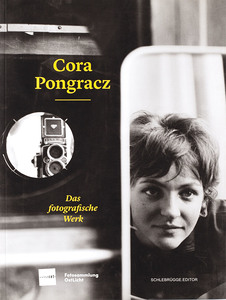