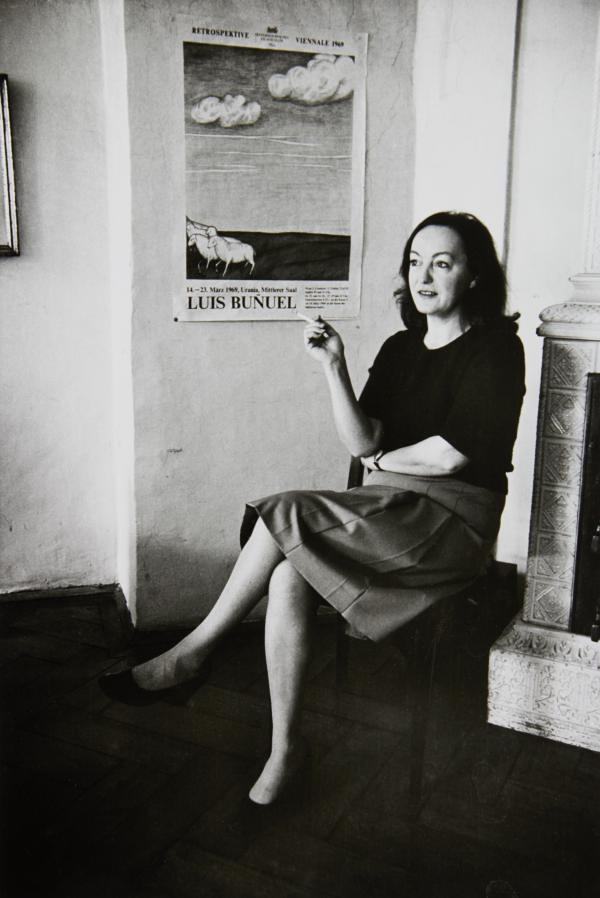 In her student days the later painter and graphic artist Gertie Fröhlich (1930-2020) worked at the »Katholische Aktion«, where the art enthusiast Otto Mauer, preacher of the cathedral of St. Stephan, was her boss. She convinced him to take over the Neue Galerie from the Schiele expert Otto Kallir-Nirenstein in Grünangergasse. Thus, the cathedral preacher Otto Mauer became a gallery owner and the art student Gertie Fröhlich his advisor, even before she graduated from Albert Paris Gütersloh in 1956.

After her marriage to the painter Markus Prachensky, their flat became a meeting place for the young Austrian avant-garde, including Josef Mikl, Arnulf Rainer and Peter Kubelka. The filmmaker eventually became Fröhlich's new partner. When he founded the Austrian Film Museum together with Peter Konlechner in 1964, Fröhlich took over the design of the posters. It was she who found the legendary logo of the Filmmuseum with the fantasy creature Zyphius.