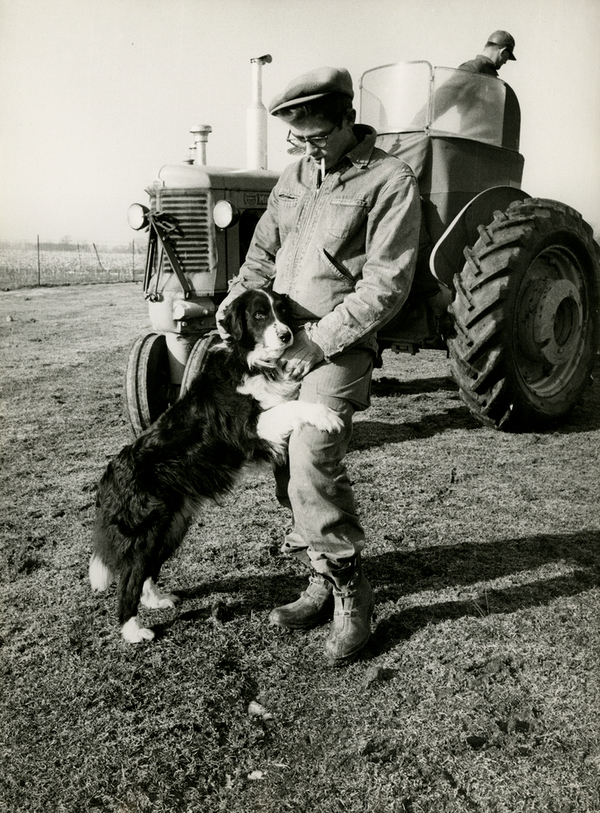 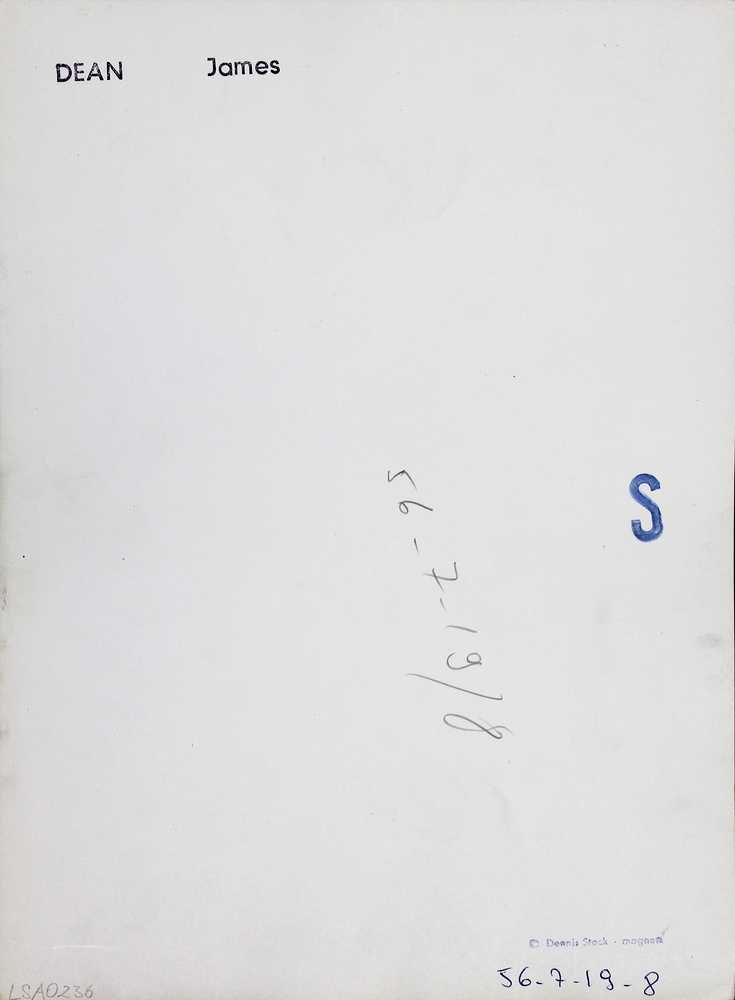 James Dean, who had grown up in his uncle's family after the early death of his mother, had been shaped by peasant Fairmount. The picture was taken in February 1955, when Stock accompanied the 24-year-old film star to New York and to the place of his childhood, commissioned by the magazine Life. Before that, Dean had finished filming »East of Eden«, which was the basis for his meteoric fame and his image as an impetuous, melancholic rebel.

The original negative number stamp refers to a wrong year of origin, inasmuch as Dean had a fatal accident in September 1955. Since this error can be found in all prints of this series distributed by Magnum, it is considered proof of authenticity. When Dean became a posthumous idol, this reportage also favored Stocks career.