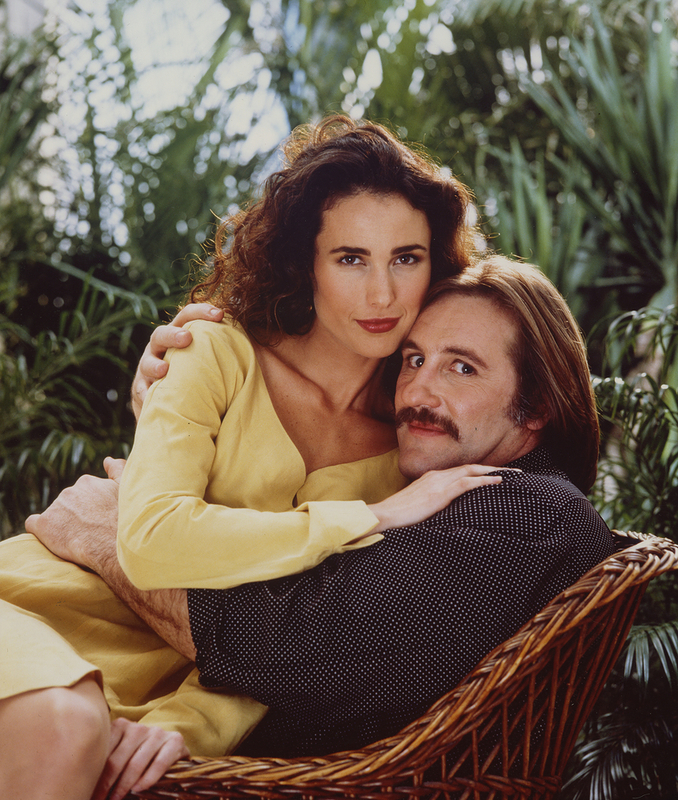 Andie Macdowell and Gérard Depardieu for the movie »Green Card«, 1990

The romantic comedy movie »Green Card« by Australian film director Peter Weir starring French actor Gérad Depardieu and American actress Andie MacDowell in the leading roles, focuses on the American woman Brontë Parrish, who enters into a marriage of convenience with the Frenchman Georges Fauré so he can obtain a green card and stay in America.