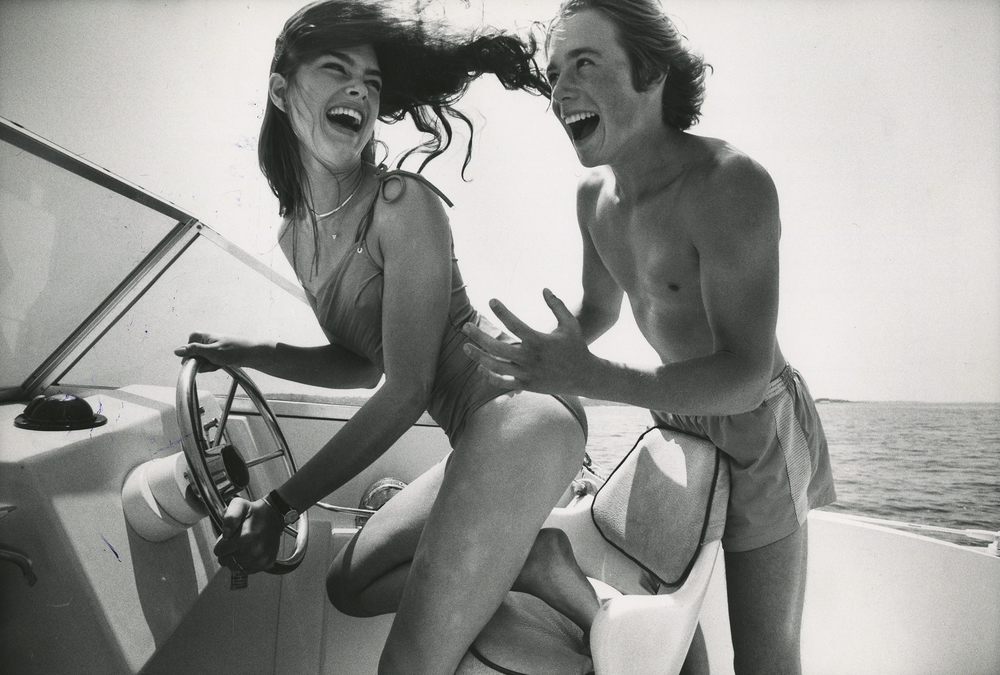 Brooke Shields and Christopher Atkins on the set of »The Blue Lagoon«, Jamaica, 1980

The 15-year old Brooke Shields and the 19-year old Atkins starred in the American adventure survival drama movie playing two teenaged cousins who fell in love while living in an isolated tropical paradise after being marooned as children. Atkins appeared nude in the film, and spent much of the film wearing a loincloth.

While Blue Lagoon was controversial due to its nude scenes and sexual content, it became a pop culture phenomenon.