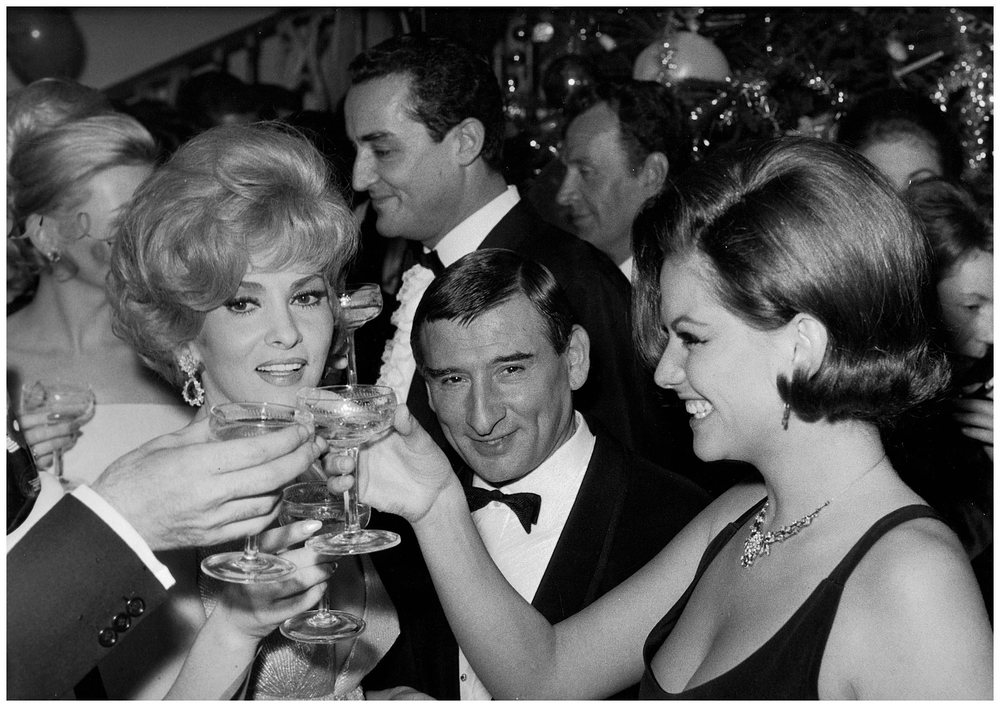 In the heyday of Italian cinema, not only did directors such as Federico Fellini film in the Roman Cinecittà production studios, but the last great works of classic Hollywood cinema were also produced here.

The import of the American star and studio system to Rome led to the emergence of new professional fields for photographers. Pierluigi Praturlon was the most important Italian still photographer who created the promotion pictures for over 400 films, and he also was the official studio portraiteur of many movie icons. Furthermore he worked as one of the pioneers of celebrity photographers, for whom the term paparazzo was coined.

Gina Lollobrigida became a film star and sex symbol in the 1950s. In her spacious villa on the Via Appia Antica, she organized magnificent parties. So also on New Year's Eve in 1964, the year she had played the leading role in the turbulent comedy »Strange Bedfellows« alongside Rock Hudson.