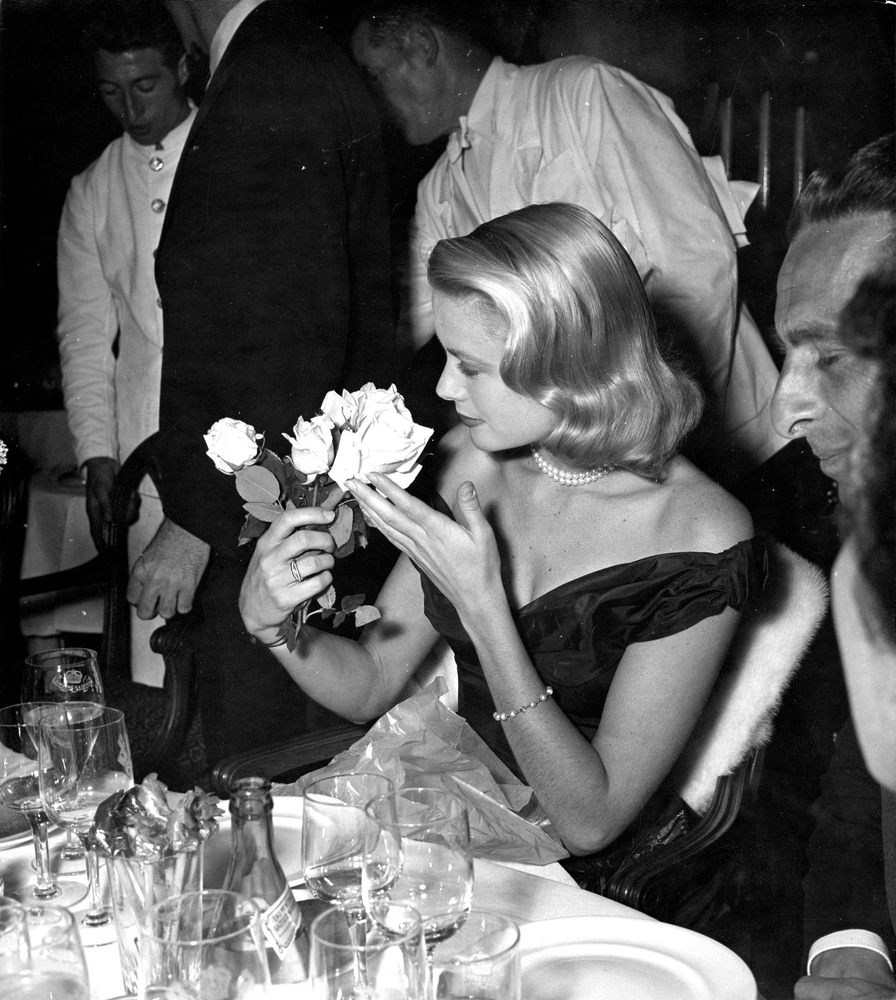 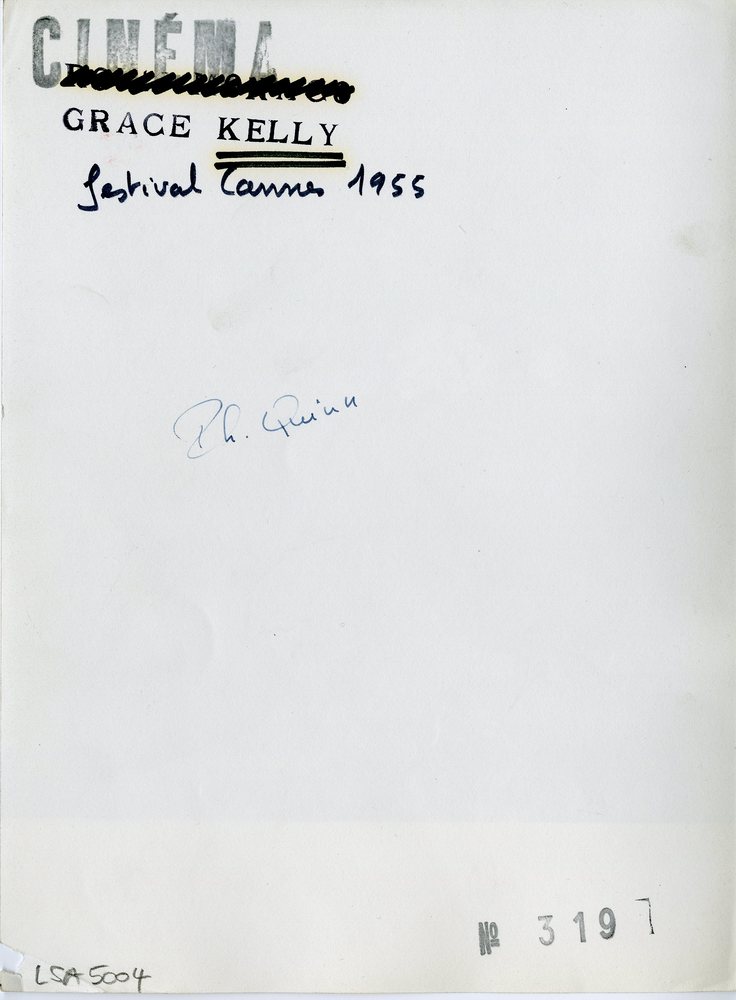 Grace Kelly looking at a rose during a gala dinner of the Cannes Film Festival in May 1955.