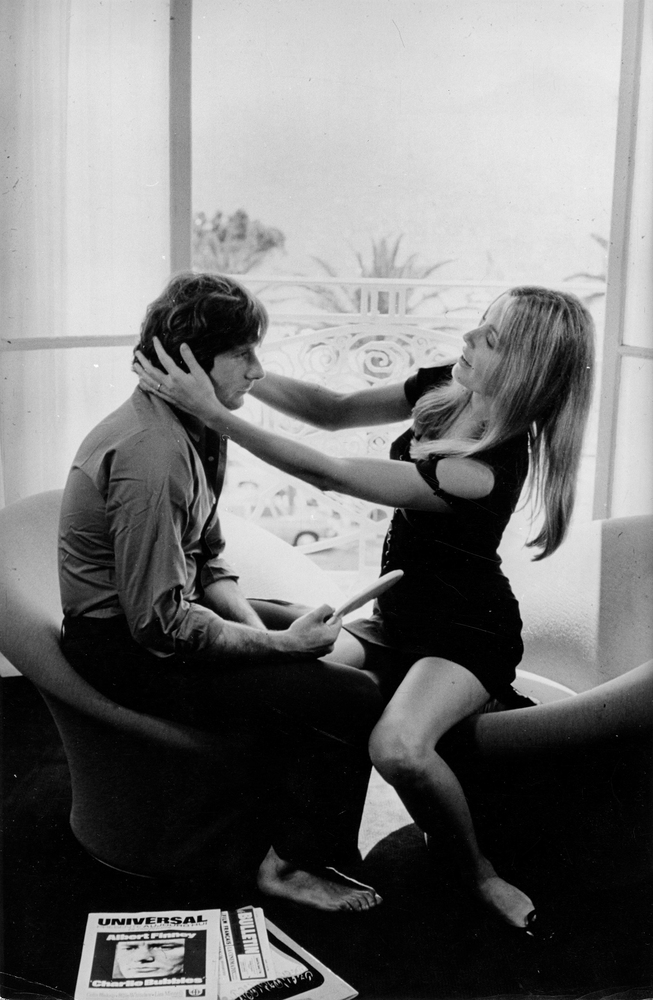 The actress is about to cut her husband's hair in their hotel room, offside from the tumultes around the 21st edition of the Cannes Film Festival.
The film director Roman Polanski was an appointed Jury member of the festival in 1968, which was to take place from the 10th to the 24th of May but was canceled due to the major protests across France, culminating in the May riots in Paris. The jury members around Roman Polanski, Louis Malle and Jean-Luc Godard declaired their solidarity with the protesting workers and students and spoke out in favor of stopping the festival. It was actually called off on the 19th of May and no prizes were awarded.